House Votes on Gay Jim Crow as Early as Next Week 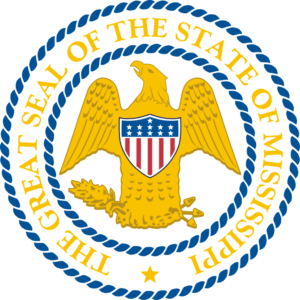 The House can vote on Senate Bill 2681, dubbed the “Mississippi Religious Freedom Restoration Act,” as soon as March 14, according to the Campaign for Southern Equality.
The bill advanced to the House floor March 4.
The act would do two things: it would require the placement of “In God We Trust” on the state seal, and would give religious people more leverage to discriminate against people different from them. The act has been referred to as gay Jim Crow, and is similar to a bill vetoed by Arizona Gov. Jan Brewer.
The act was amended by the House Judiciary Committee and passed on to the full House, and can go to a House vote on March 14, according to the Campaign for Southern Equality. That group and the ACLU of Mississippi are both urging state residents to voice their opposition to the act.
State politicians have said discrimination is no longer a concern with the amended bill. However, a legal expert who spoke with Deep South Progressive said the law still opens up the possibility for discrimination against the LGBTQ community and against people based on race.


Because so much negative attention has focused on the discriminatory aspects of the bill, little discussion has focused on the state seal. The effort to stamp religious sentiment on the seal is a pet project of Gov. Phil Bryant, a Republican.
Mississippi is considered the most religious state in the U.S., according to a Gallup poll released in February. About 61 percent of state residents consider themselves to be very religious, defined as people who make religion a part of their everyday lives and attend a church most weeks.
Only seven states require that politicians believe in a god figure, and Mississippi is one of those states. The other states are all located in the South. Mississippi’s Article M, Section 265 states that “No person who denies the existence of a Supreme Being shall hold any office in this state.”
– Gretchen Stone is HottyToddy.com associate editor. You can contact Gretchen about this story at Gretchen.Stone@HottyToddy.com
Facebook
Twitter
Pinterest
Previous article
Kendricks, Miller Selected For NCAA Indoor Championships
Next article
Watercolor and Ceramic Works Displayed at Southside Gallery