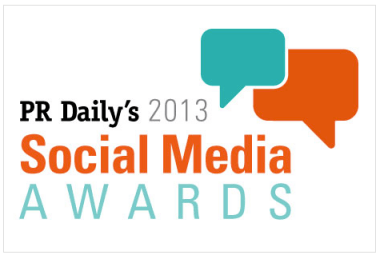 Both awards are huge honors and Ole Miss beat out big brands such as Cascade, Esurance, Proctor & Gamble, and Elizabeth Arden.
Ryan Whittington, Assistant Director of Public Relations and Social Media Strategy for the University, gives credit to a team of three or four people for the award.
“It’s a great opportunity to recognize the people who go above or beyond,” Whittington said.
The PR Daily Awards are an annual contest, but this is the first year Ole Miss entered in the competition.
The Instagram account was launched in 2012, but didn’t begin to receive a lot of attention until last year. The Pinterest page also started in early 2012 and is now the third largest college/university Pinterest account in the country.
Whittington recognized Lindsey Abernathy with the success of the Pinterest account.
“I think I have too must testosterone to work on that page,” Whittington said, jokingly.
Abernathy said the Pinterest page is a great way to “foster positive sentiment” about Ole Miss. She said she loves creating new content for the page. Her personal favorite is the “Free Ole Miss Stuff” board, which features free printables, computer and phone backgrounds, and other freebies.
“Eighty percent of the content on Pinterest is from re-pins,” Abernathy said. “This board gives us the opportunity to create our own content.”
The Pinterest account also conducts giveaways once a semester. In the past, prizes have included an overnight stay at the University Inn and ornaments from the University Museum. Abernathy says the largest giveaway they’ve had featured a $500 worth of catering from Ole Miss Catering.
“The biggest challenge we face is that we don’t have a budget,” Abernathy said. “We’ve been lucky to partner with such great groups.”
The Pinterest page also won a first place award earlier this year with the Southern Public Relations Federation.
According to Whittington, it’s important to remember their target audience when managing the accounts. The Instagram account sees a lot of interaction with perspective students aged 13 to 18 years old. The Pinterest account, on the other hand, holds a predominantly female, post-graduate audience.
“Both pages are great ways to showcase what we have,” Whittington said.
Follow the award winning accounts!
Pinterest: https://www.pinterest.com/olemiss/
Instagram: @olemiss or https://instagram.com/olemiss

– Emily Xie is a staff writer for HottyToddy.com, student in the Meek School of Journalism and New Media, and professional “pinner”. She can be contacted by emailing yxie3@go.olemiss.edu.