We begin our yearlong exploration of the contemporary welcome table in Jackson, Mississippi, as the capital city celebrates the 50th anniversary of Freedom Summer and marks the 50th anniversary of the Civil Rights Act of 1964. Against that backdrop, we will ponder a city striding toward renaissance. Expect great food and drink, from Collins Dream Kitchen fried chicken and yeast rolls, to a Greek American feast cooked by Jackson native Cat Cora. 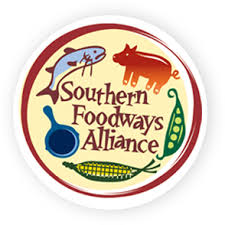 Downtown Jackson will be our campus for this walkable two-day exploration of Mississippi food culture. At the Jackson bus station, which will conjure recollections of the Freedom Rides, and at the Mississippi Museum of Art, site of two current Freedom Summer exhibits, SFA will stage talks by foodways scholars and Civil Rights Movement historians. A few blocks away, the historic Alamo Theater on Farish Street will screen SFA-produced and Mississippi-focused documentary films about everything from apiary operations to the integration of lunch counters.
The SFA Summer Symposium is an official event in the 2014 Year of the Creative Economy, celebrating Mississippi talent across the creative spectrum and its positive impact on the state.
Among the highlights
Oral Histories:
In preparation for this Summer Symposium, Rien Fertel, Mary Beth Lasseter, and Kimber Thomas have collected oral histories from old-guard Jackson restaurants, paying special attention to African American and Greek American figures who have contributed to the state’s culinary story, like Mike Kountouris of the Mayflower Café and Balerie Tyrone Bully of Bully’s Restaurant. Over the course of the weekend, with Fertel acting as interlocutor, you will meet oral history subjects from that 18-interview project.
Speakers, Directors, Producers, Fire Twirlers:

TRAVEL AND LODGING
Flights should be booked to the Jackson-Evers International Airport. The King Edward Hotel does not offer an airport shuttle service, but taxis may be hired at the airport for transport downtown.
A block of rooms has been reserved at the King Edward Hotel for guests of the symposium. To book a room, call the hotel and tell them that you are with the Southern Foodways Alliance to secure the event rate of $95/night.
King Edward Hotel (Hilton Garden Inn)
[quote]235 West Capitol Street
Jackson, MS 39201
601-353-5464
https://www.kingedwardhoteljackson.com/ [/quote]
AND FINE PRINT
Tickets priced at $295 go on sale Friday, April 4 at 12 p.m. CST. Registrants (and their guests) must be current members of the Southern Foodways Alliance. All members are receiving via email a password that is required before tickets may be purchased. There is a limit of two tickets per transaction. Attendees must be 21 or older. Ticket cost includes all presentations and meals; travel and lodging are separate, individual expenses. The link to purchase tickets is here.
Refunds are subject to a $100 service fee. No refunds after May 15. Tickets are non-transferable. When the event sells out, email info@southernfoodways.org to have your name placed on an ordered waiting list. If cancellations occur, individuals on the waiting list will be contacted via email.
A full schedule of events will be emailed to attendees on Monday, June 9. The program begins Friday afternoon, June 20, at 5 p.m. Attendees arriving early will be given self-guided tour options.
Dress for the weekend is casual. When planning what to pack, check weather.com using zip code 39201. Remember to wear comfortable shoes, as all events are walkable.
– Southern Foodways Alliance, www.southernfoodways.org