Why Do Jews Continue To be Persecuted All Over the World? 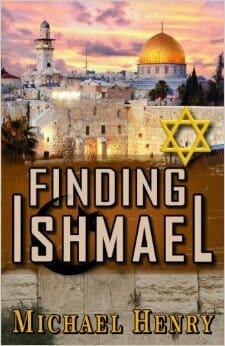 Why don’t we all just quit killing Jews.

I say it’s high time the world backs off the Jews and picks on someone its own size. After all, with the success of the Russian and Eastern European pogroms of the late 19th and 20th centuries, and the Holocaust death camps, the world has whittled Jews down to a total population of no more than eighteen million—IN THE ENTIRE WORLD—depending on how you define a Jew.

But speaking of its neighbors, since the Muslim Brotherhood was recently dethroned, Egypt is talking to Israel again. The other Arab nations communicate with Israel only to tell them they will soon wipe them out. The Persian Empire through its puppets, Hezbollah, Hamas, and Bashar al-Assad continue to lob rockets into Israel to keep the Jews at bay until Iran develops its nuclear weapon. As soon as it is available, the mullahs will no doubt test it in the olive groves between Tel Aviv and Jerusalem.

Imagine how we would feel about negotiating a peace agreement with Mexico as it casually launched rockets into Houston and San Diego.

Our Secretary of State complains that Bibi Netanyahu ruined the recent peace talks because Israel insisted that the Palestinians, at a minimum, agree that Israel has the right to exist as a sovereign nation.

“Throw The Jew Down The Well” from the “Borat” sound track remains at number one on many Middle-Eastern music charts.

All the complex geopolitical issues surrounding Israelis’ right to live confuse me, perhaps because I grew up ignorant of the need to hate Jews. I never knew any Jews in my small town in Louisiana, and did not realize I was supposed to wish them an early death until I went to Tulane, where there was a sizable population of Jewish students. I made many friends at Tulane who turned out to be Jews. I asked them why I was supposed to wish them ill, but never got a satisfactory answer.

After Hitler gassed or shot six million Jews in World War II, the Allies gave Israel a tiny sliver of land on the southeast shore of the Mediterranean, which land their ancestors had inhabited for thousands of years before. The gift had strings attached, so the Jews actually had to revolt against the Brits for independence, then hold off invading Arab countries in 1948. Arabs tried to conquer Israel again in the Six Day War in 1967, in the Yom Kippur War in 1973, and in numerous insurgencies and intifadas to present day. Maybe Israel made mistakes in dealing with the Palestinians along the way, but when you’re fighting for your life, not every decision will be perfect.

Jews in Israel turned the desert into a thriving, self-sufficient democracy. Israeli scientists and scholars have added to the world’s knowledge, improving of our lives.

I traveled in Israel in 2013. In Jerusalem I spent the day at Yad Vashem, the Holocaust Museum. I walked the Via Dolorosa in the Old City, sailed on the Galilee and floated in the Dead Sea. I looked down from the Golan Heights and Masada.

Israel is one of this world’s special places. While there, I felt its power.

I came up with the idea for my seventh novel, FINDING ISHMAEL, in Israel.

I say let’s leave Israel and the few remaining Jews in the world alone.

Natchitoches, La., native Michael Henry graduated from Tulane University and University of Virginia Law School. He practiced civil and criminal law, including 16 years as a prosecutor, 12 of those as an elected District Attorney.
Henry currently resides and writes in Oxford, Mississippi.