Rethink Mississippi: A Look at Changing the Perception of the State

Like many native Mississippians, Jake McGraw loves the Magnolia State.
But unlike many 26-year-old recent college graduates, McGraw specifically set his sights on living in Mississippi and starting a career there. As editor-in-chief of the blog Rethink Mississippi, he is able to use that love and passion to help other Mississippians on a daily basis.


“I’m a native Mississippian and I hope to build a career out of this. It’s a place that I want to spend my life and that’s what led me to the blog,” McGraw said. “The blog is a reflection of that passion that I have for the state. Hopefully, it is also a place for others to express their platforms.”
The blog is connected to the Winter Institute, a non-profit organization whose mission is to address some of the state’s problems and develop viable solutions for those problems.
McGraw lives and works from Jackson, the state’s capital. He believes the blog is a proactive way to address Mississippi’s problems, including low rankings in education, health, income, and social justice.
“It’s not just about the state’s perception, but rather, actually making material that changes the lives of people in the state that still face extreme poverty and many forms of initialized discrimination,” he said. “Rethink Mississippi is that platform to take criticism and change it into something positive.”
Mississippi’s rising generation has the potential to overcome some the state’s poor rankings— a process McGraw says must begin with people who plan to make a difference. His blog is an example of the progress that the rising generation has made in Mississippi just in the past few years.
“One big positive aspect in our success has been that now a lot of people seek me out and submit things, which has totally flipped the script,” he said. “Now people see it as a natural platform for some of their ideas, and that’s what we want it to be. We want it to be a form for conversation, not a personal blog. We have certainly gotten a lot of attention from rising and emerging leaders who are willing to talk about these issues. They appreciate the level of thought and research we put into some of the articles, and that is helping shape some conversations.”
Two specific problems McGraw has focused on are poverty and racism – issues that he says are related to virtually every other problem in Mississippi.
“There’s not a single issue or policy question that doesn’t run through those two issues, whether we’re talking about education, health, or criminal justice,” he said. “I think that they all need to be viewed through the issues of poverty and race.”
He says there is a general discomfort, especially among the state’s leadership. In addition, McGraw thinks there is a discomfort with talking about these two things publicly.
“Until we develop a comfort and understanding of the necessity about those issues, I don’t think that we deserve to talk about anything else,” he said.
McGraw hopes that in time, Rethink Mississippi will become an essential read for emerging policymakers as well as leaders. In the meantime, he will continue using his love for the state to run the blog and start conversations that he hopes will benefit the state in the long term.
“Talking is the prerequisite, and that’s deeply rooted in reconciliation. It involves relationships with people who have different backgrounds and trying to find the common ground of humanity, but first recognize common needs and common experiences,” McGraw said.
“Through that discovery and sharing process, you end up building trust. I think that trust is the foundation for any type of collective action.” 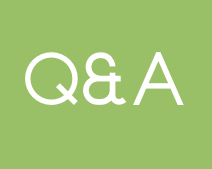 Q: How would you change Mississippi and what sort of changes have you already seen in the state?
A: “I think that conversation, discussion, critical thoughts are all prerequisites for any type of meaningful, tangible change. That foundation of ideas was not present in the state of Mississippi and I think that that is the prologue for any meaningful change in terms of public policy and public attitudes; to have a vigorous discourse about certain issues.”
Q: What is your favorite thing about Mississippi?
A: “This is far from the only thing that I love about Mississippi, but I think that the thing that I at least value the most is that it’s a blank slate in a lot of ways, and that it gives you the capacity to create with very few barriers of entry. If you have the energy and passion to succeed, you are given the space. We’ve been such fertile ground for literature, music, and visual arts and that’s what has allowed me to create this blog.”
Visit Rethink Mississippi at www.rethinkms.org.
– Story by Ashley Dunn, Mississippi Observer magazine.
Facebook
Twitter
Pinterest
Previous article
The Oxford Daily Crime Report for Friday, May 23
Next article
Splendor of Rebel Nation at Hoover, Part II