What is 2014 College World Series Path to National Championship?

June 13, 2014
0
780
On the eve of the 2014 College World Series in Omaha, Neb., fans will explode cheering for their teams with an intensity that matches the fireworks in the photo above.
Their unifying purpose — to see their team win a national title. That’s the real heart-generated pageantry of college athletics.

A few weeks ago, the Regionals started with a field of 64 teams vying for the NCAA baseball title. Now, at the start of the CWS, we’re down to the final eight left standing. The teams that remain are: Texas, TCU, Texas Tech, Vanderbilt, Ole Miss, UC Irvine, Louisville and Virginia.
In Omaha, the teams start out in a two-sided bracket with four teams on each side, playing in a double-elimination format. The bracket winners will square off in a best-of-three series to determine who is crowned the national champion.
This year’s brackets look like this: 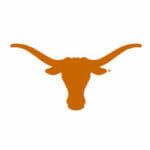 Texas takes on UC Irvine. Then, it’s Louisville vs. Vanderbilt. The other bracket showcases Texas Tech vs. TCU and, in the game Oxford most cares about, Virginia vs. Ole Miss.
If a team goes undefeated through bracket play (wins three straight) and wins the next two of the best-of-three, they take it all.
In this field, there are three teams from the state of Texas. There is a chance that two teams from the same state could meet in the final series.
Fans in the South are rooting for an all-SEC finals between Ole Miss and Vanderbilt.

The one team that has earned true Cinderella status in Omaha are the Anteaters of UC Irvine. They beat the No. 1 overall seed in Oregon State.
So, root hard and stay in touch with HottyToddy.com for the latest in Rebel baseball updates. Send us your CWS photos to hottytoddyphotos@gmail.com.
– Adam Brown, HottyToddy.com sports editor, adam.brown@hottytoddy.com