June 21, 2014
0
602
Commentary by Steve Vassallo
Growing up in Nashville, it was difficult to distance yourself from the music industry…but who really wanted to?
There was a record store in the 50’s and 60’s on Church Street (Buckley’s) that carried all of the current albums and 45’s. You could spend hours there listening to some of the greatest songs ever recorded. I was introduced (via recording) to many outstanding artists there such as The Murmaids; The Kinks; Leslie Gore; and a host of others including “The Father of Soul Music” Sam Cooke.
Sam grew up in Chicago, although Clarksdale, Miss., is where his career started. He actually sang with a gospel group, the Soul Stirrers, prior to his incredible career in pop music.
Sam first received national attention when his 1957 megahit “You Send Me” toppled Elvis’ “Jailhouse Rock” from the top of the charts on Billboard. There are few recording artists that I enjoyed listening to more than Sam. I think the primary reason is because I cannot recall one hit of his I did not like. Traveling back down memory lane few of us could not recall at least one of the following chart busters…”Cupid”; “Chain Gang”; “Twistin the Night Away”; and the 1963 classic…”Another Saturday Night.”
As all too often happens, the ‘good’ die so young. At age 33 Sam departed us, but not before leaving a legacy of great music. A year after his death another hit of his was released “A Change Is Gonna Come.” Both Ray Charles and Lou Rawls sang at his funeral. 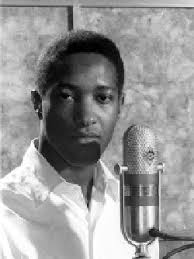 Many great artists have covered his work. Among these are Otis Redding and Al Green. Sam helped develop other careers as well through his own publishing company. Stars such as Bobby Womack and Billy Preston were among many who crossed paths with this superstar of the 50’s and 60’s.
I think it’s fun to do when you’re bored waiting at airports to comprise lists…of anything. My Top Ten list of great vocalists would include (but not in any order) The Beatles; The Yardbirds; The Drifters; Dean Martin; The Seekers; The Four Seasons; Johnny Tillotson; The Fleetwoods; Dickie Lee; and Mississippi’s Sam Cooke! If you have never heard all or any of the hits by some of these stars, do yourself a favor today and do so. It’s never too late to enjoy great music. And remember….great music is never outdated!
Thanks to APA Style Samuel Cooke. (2014) The Biography.comwebsite. Retrieved from www.biography.com/people/Sam-Cooke -9256129 for the source of the Sam Cooke history!