Nashville’s own Woody Pines, purveyor of Blues, Roots Music, Ragtime, and Viper Jazz styles, will be performing at Proud Larrys’ in Oxford, Miss. on Friday, July 18 at 9 p.m. 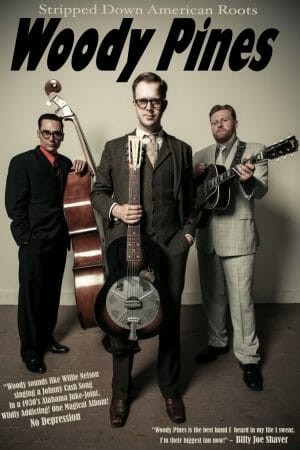 No stranger to fans of the new folk music coming from all corners of the USA. Alongside artists like Old Crow Medicine Show and Pokey LaFarge, Woody Pines continues to forage thru the secret world of old 78′s and to write new chapters in the Anthology of American Music. Integrating sounds from Leadbelly to Bob Dylan, from Woodie Guthrie to Preservation Hall, Woody Pines belts out songs of fast cars, pretty women and hard luck with a distinctive vintage twang.
“Woody Pines brings that low-key street corner style of performance to his stage show, but with all the polish and seasoned professionalism of tour-bus-and-green-room rock stardom.” – Ali Marshall, Mtn Xpress
“Woody sounds like Willie Nelson singing a Johnny Cash song in a 1930’s Alabama Juke Joint. Wildly Addicting! One Magical Album!” – No Depression
Who: Woody Pines
What: Performing at Proud Larrys’
Where: 211 South Lamar, Oxford Miss.
When: 9pm – Friday, July 18, 2014
Cost: $5
About Woody Pines:

There’s a rambler at the heart of Woody Pines, a rounder nestled into the heart of his music. It’s the kind of rambler that motored Robert Johnson’s car, the vagabond spirit that pushed Kerouac on frenetic road trips across the US, the aimless soul that rode trains with Woody Guthrie. This trickster character is the very core of American roots music, and Woody Pines knows it well. His songs are filled with these characters: wandering broken hearts, swaggering pimps, crusty hobos, but he himself has lived these stories. Woody’s journey has taken him from street corners and smoky bars to folk festivals and the Grand Ole Opry, but he started with Bob Dylan.
As a child, unable to read music, he made up new tunes from the Bob Dylan songbooks around his house. Later, he hitchhiked with a friend to visit his heroes such as Pete Seeger, Ramblin’ Jack Elliot and Utah Philips. By the age of nineteen, he’d already played in forty-nine states. Since then he’s lived as a street performer in New Orleans, wandered the West Coast leading the legendary underground jug band The Kitchen Syncopators, set up home in a trailer in Asheville and now Nashville, and cut four solo albums full of his wickedly inventive musings on American roots music.
His last album, You Gotta Roll, was lauded by No Depression as “old-time feel-good music done by a young master who clearly understands that this kind of music was always about having a great time,” and Pop Matters, who declared it “a delightful vintage Americana romp.” Working hard in the studio, on the road, and on the songwriting front-line, we are looking forward to seeing what this great band does next. 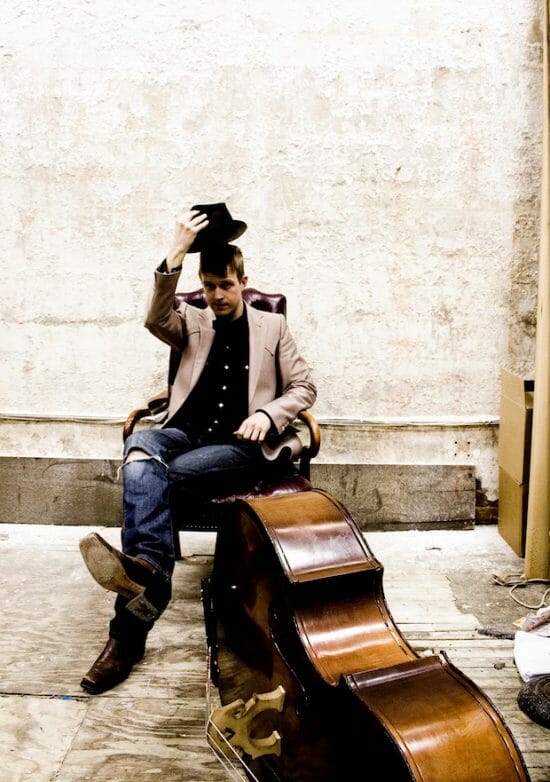 About Proud Larrys’:
There’s always something going on at Proud Larrys’; whether it’s chef Jon Myrick whipping up his latest specials in the kitchen; bartenders pouring the newest craft beers from the taps; or a band setting up on stage for a waiting Ole Miss crowd. Proud Larrys’ is located at 211 South Lamar, Oxford, Miss. Visit www.proudlarrys.com for more details.
– Devon Leger of Hearth Music can be reached via email at devon@hearthmusic.com.