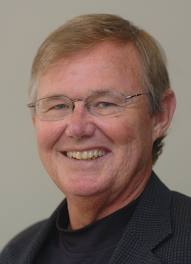 CANTON, Ohio — Pro Football Hall of Fame Induction Weekend here had crooked letters — in the form of Mississippi — written all over it.
First and foremost, Ray Guy of Southern Miss became the first pure punter ever given pro football’s highest honor, Hall of Fame induction.
“It’s been long, long overdue, but now the Hall of Fame has a complete team,” said Guy, who drew 20 former punters to the crowd to help him celebrate. “To know my legacy will be forever part of pro football history and that my bust will be alongside the greatest athletes of all time, it leaves this old punter speechless.”
You should know Guy, a Thomson, Ga., native, made no secret of his undying love for his adopted home state and his alma mater. He wore black and gold, not black and silver, and had a Southern Miss emblem, as well as an Oakland Raiders logo, as the primary decorations at his post-induction celebration.
You should also know Guy placed a huge photo of his college coach and fellow Mississippi Sports Hall of Famer P.W. Underwood, alongside a photo of the late Raiders owner Al Davis and his Hall of Fame bust at his post-induction reception. Bear Underwood, who died in 2012, would have loved that.
Guy’s acceptance speech, at 14 minutes, was by far the shortest of the night. It was from the heart. “I am who I am, and that’s all you’re ever going to get,” Guy said.
About those speeches: The Hall of Fame has to do something. Several went 35 minutes and longer. These weren’t speeches; these were football filibusters. At one point, in the 34th minute of his speech, the great Claude Humphrey thanked his “Springdale Checkers Club.”
Humphrey deserved his moment, but come on. …The Hall of Fame could steal a page from the Academy Awards and start playing music after, say, 15 minutes. The event, scheduled for two hours, lasted four and ended after midnight.
Now then, off the soapbox and back to Mississippi: Magnolia Staters Lem Barney, Willie Brown, Billy Shaw and Jackie Slater were among the gold-blazered Hall of Famers in attendance.
2014 inductee Walter Jones, the Seattle Seahawks great, is from Aliceville, Ala., but finished his high school at French Camp Academy and played football at Holmes Community College en route to Florida State. He mentioned both places fondly in his acceptance speech.
New York Giants great Michael Strahan thanked the late Earl Leggett, still another Mississippi Hall of Famer, for making him the Hall of Fame defensive force he became. Leggett, a legendary defensive line coach, was Strahan’s first professional position coach. “He taught me everything I know,” Strahan said.
Strahan remembered Leggett’s words of wisdom: “In football, son, you can finesse all you want, but eventually, you are going to have to hit somebody.”
Said Strahan, “That’s the way I lived my career.”
Strahan also called attention to former Ole Miss great Eli Manning in the audience. Strahan, a highly emotional player, joked about how unemotional Manning was as a rookie. When the cameras were on him, Manning played along, never changing expression for the longest time. Finally, Eli smiled and the crowd cheered.
Said Strahan, laughing: “You had the perfect demeanor for New York City, Eli, I can tell you that.”
Unfortunately, Strahan’s speech, which ended after midnight, came after hundreds, if not thousands, had departed. Seems a shame people who heard about a checkers club didn’t get to hear about Raymond, Mississippi’s Earl Leggett.
The one Guy who didn’t seem to mind the lengthy speeches was the man who made the shortest one: William Ray Guy. After all, he waited 23 years for this. What’s another three hours?
Rick Cleveland rcleveland@msfame.com is the executive director of the Mississippi Sports Hall of Fame and Museum.