The University of Mississippi ROTC invites the Oxford community to participate in the fourth annual 9/11 memorial run in honor of the lives lost 13 years ago on Sept. 11, 2001. 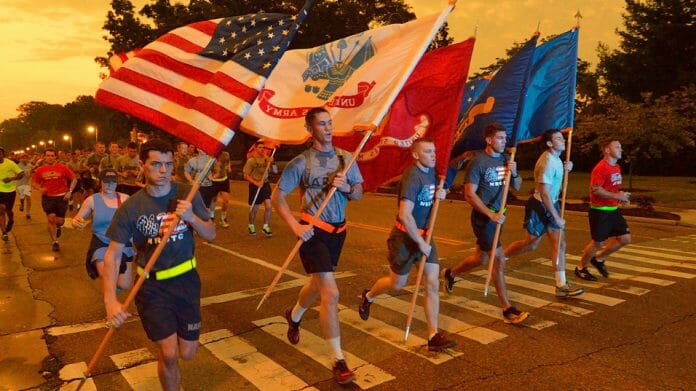 Every year, the ROTC sets aside the morning of Sept. 11 to commemorate the fallen heroes and the nearly 3,000 men, women and children killed in the attacks on the World Trade Center towers in New York City, the Pentagon in Washington, D.C. and the hijacked plane that crashed near Shanksville, Pennsylvania.
“We want to remind the university, soldiers, and the city of Oxford the importance of this day,” senior military instructor Master Sergeant Christopher Hayes said. “We want max participation from everyone that can take 30 minutes out of their day to come run with us and show that we as a nation are stronger than ever and we haven’t forgotten our heroes.”

The run will begin at the Lyceum on campus at 6 a.m. Thursday. A representation of each branch of the military will lead the run through the Square. Once there, the cadets and fellow runners will turn around and complete their two-mile victory at the Grove stage.
The ROTC is encouraging people of all ages to run behind these young men and women as they show their respect in honor of the tragedies of Sept. 11. They also welcome anyone who wants to watch and cheer on the runners along the course from campus to the Square, even if they are unable to participate themselves.
Rachel Vanderford is a HottyToddy.com staff reporter and can be reached at rmvander@go.olemiss.edu.