September 11, 2014
0
859
As Oxford continues to grow with the ever-increasing student population and more Mississippians moving to the small town, two new businesses sharing one plot will open within the week. 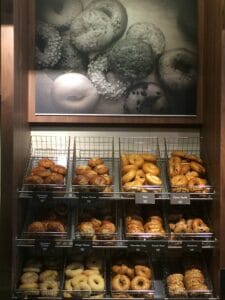 Popular bakery and cafe chain Panera Bread Co. will be opening at 6:30 p.m. Wednesday after a number of private soft openings over the weekend.
The new Oxford branch will be the fourth location that Joint Venture general manager Tim Warren has been responsible for opening. Previously having opened three locations in Memphis and one in Olive Branch, Warren said that Panera is starting its charge into Mississippi.
“We’re hoping that Oxford is the flagship of our Mississippi cafes,” he said.
Warren said that he and his team have been trying to come to Oxford for several years, and they are excited to finally be here. After taking on Oxford, Warren said that they plan to bring Panera a bit further south, to places like Jackson and Hattiesburg.

The location on West Jackson, however, will have its own special touch. In collaboration with the Ole Miss Art Foundation, the Oxford location will feature an art wall that will display university students’ artwork. Each semester, the wall will spotlight a new artist.
Just next door to Panera is another new business, RedMed Urgent Clinic, which will open Friday.
RedMed already has locations in Pontotoc and Batesville and will now be serving the Oxford area.
Caring for anything from illness to injury, RedMed is a full service clinic that will provide procedures such as x-rays, lab work and physicals with no appointment required.
“We pride ourselves on getting customers in and out in about 45 minutes,” nurse practitioner Cathy Wilburn said. Among other nurse practitioners is Jamie Fortner, a pediatric specialist previously on Medical Park Drive.
Rachel Vanderford is a staff reporter for HottyToddy.com. Shoot her an email at rmvander@go.olemiss.edu for comments, criticism, or story ideas.
Facebook
Twitter
Pinterest
Previous articleProf. Percy Pick'em: Week 3 Predictions
Next articleOle Miss ROTC Runs for a Cause, Honors Lost Heroes