Ole Miss Practices Inside Manning Center to Prep for Cajuns 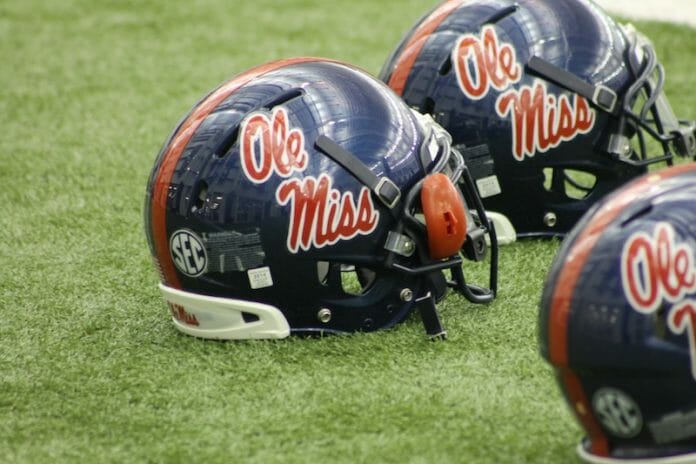 Ole Miss Coach Hugh Freeze had the Rebels inside the Manning Center Wednesday afternoon to prepare for the first home game of the 2014 season against the Ragin’ Cajuns from the other Lafayette.
After being outside Tuesday afternoon and suffering some momentum loss because of the Mississippi heat, the Rebels went with full pads in Wednesday’s practice at the indoor practice facility.
Freeze said he was happier with the effort the team put forth in practice, showing great determination during drills after a good team meeting before taking the field.
When the Rebels storm Vaught-Hemingway for the first time this season on Saturday against University of Louisiana Lafayette, the temperature at game time is expected to be in the 70s, giving the Rebels a cool afternoon to meet the Ragin’ Cajuns.


Going into this weekend, the receiving corps has been stellar with the play of junior wide receiver Cody Core, who has stepped up to help sophomore Laquon Treadwell on the other side. Core has racked up three touchdowns in his first two games as the starting slot receiver.
Depending on how the defense plays Treadwell, it leaves options open for senior quarterback Bo Wallace to find seniors Vince Sanders, sophomore Quincy Adeboyejo and Core.
Kick off for the Ole Miss versus ULL game is slated for 3 p.m. Saturday in Oxford. The game can be seen on the SEC Network.
Adam Brown is sports editor for HottyToddy.com. Shoot him an email at adam.brown@hottytoddy.com for comments, criticism, or story ideas. Amelia Camurati is managing editor. Shoot her an email at amelia.camurati@hottytoddy.com.
Facebook
Twitter
Pinterest
Previous articleOxford Daily Crime Report for Wednesday, Sept. 10
Next article#HappyMS Makes Us All Happy :)