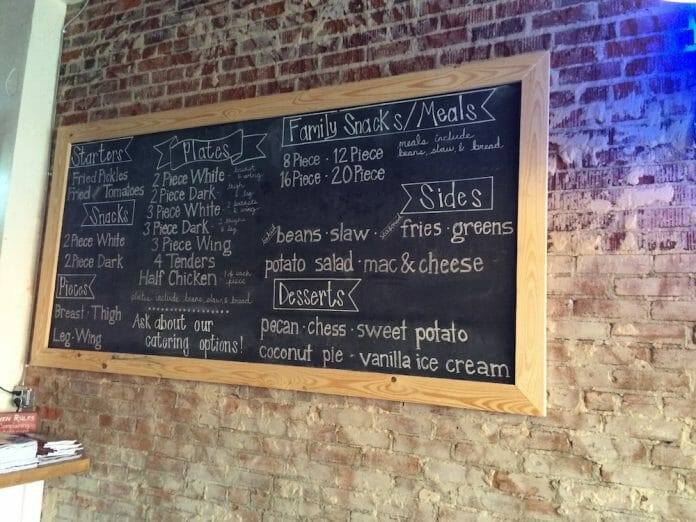 Thursday afternoon, while the chaos of the Ole Miss vs. Alabama game weekend began to build, I decided to try a something different for dinner. I treated a friend to Gus’s Fried Chicken, the most recent addition to the Square. 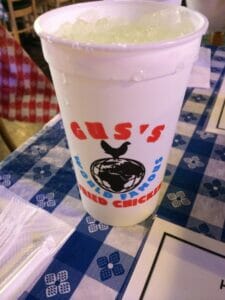 We walked in to a friendly atmosphere and sat down and immediately were approached with smiles and hellos. Not knowing much about what I was getting into, I asked our waitress what the best item on the menu was. She intrigued us with her knowledge of chicken explaining that the white meat is from the belly up and dark meat is from the belly down, also giving us a little chicken dance.
Specializing in chicken and only chicken the menu contains fried chicken along with a choice of sides and a variety of drinks and desserts.
“We kept the tradition of Gus’s Fried Chicken with the food, but we localized (the restaurant) with a variety of beers from Mississippi,” owner Lockwood Griffin said.
Griffin along with co-owners Jim Hudson, an Ole Miss Alum and Justin Worley, opened Gus’s Fried Chicken earlier this year on South Lamar.
“Most of my family went to Ole Miss, and when the franchise became available, we wanted to bring good fried chicken to Oxford,” Griffin said. 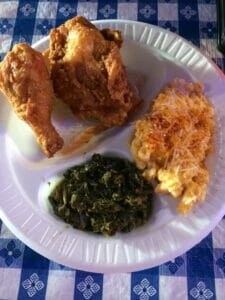 The food speaks for itself; I ordered the dark meat plate, which included a leg and a thigh. For my sides I went with their delicious mac and cheese and collard greens. Ole Miss student Taylor Simonson said, “It [the food] doesn’t get more Southern than this!”
The chicken is battered in Gus’s Fried Chicken’s secret recipe and Griffin says, “All locations use the same recipe that has gone way back from Mason, Tennessee.”
The amazing flavor keeps people coming back as well as the simplicity of eating on paper plates with plastic silverware. I personally believe that Gus’s Fried Chicken is the best fried chicken in town and will definitely be stopping by for more.
Molly Brosier is a HottyToddy.com staff reporter and can be reached at mebrosie@go.olemiss.edu.