Where Does Ole Miss Get Its Students? 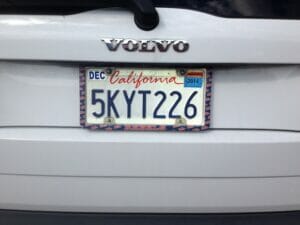 About 8 percent of the students who attend Ole Miss didn’t have to travel very far to get to college. More than 1,700 came from Lafayette County in 2013.
Lizzy Leary is one of those students, but that wasn’t always her plan. While she was at Oxford High, she says she started having her doubts about attending Ole Miss.
“Even though I loved the school, I still wanted to get the college experience of leaving home. I even applied to and visited other universities,” said Leary.
According to the Higher Educational Research Institute at UCLA, 38 percent of college students attend a school within 50 miles or less of their homes and another 52 percent go to school within 500 miles.
Ole Miss student Meredith Bro is one of the 10 percent who go further afield. She came to UM from the Seattle, Washington area – one of only 29 students from that state enrolled in the university last year. Bro is more than 2,300 miles from home.
Ole Miss Admissions Counselor Cedric Garron said that many students from great distances say that they chose to visit Ole Miss because of Ole Miss’s national brand from things like the movie “The Blind Side” or from their competition in SEC athletics. Garron said some students choose Ole Miss because the tuition is not as high as it is in their home states.
“Coming all the way to Oxford from the greater Seattle area, I definitely felt the change in scenery. Although Oxford was very different from what I was accustomed to, I became quickly attracted to the traditions and heritage instilled in the community here,” said Bro.


Bro said she was a little nervous about meeting people. She knew no one at Ole Miss but said she quickly met people because did not hesitate to get involved at the university. She is now involved with the Ole Miss Ambassadors, the ASB Elections Commission, Greek life, and she served as a Gamma Chi for this year’s sorority recruitment.
“I have found that the students from farther away seem to be the most open, friendly students and the most willing to get involved or meet new people because they come here not knowing anyone,” said Garron.
Getting involved has made a big difference for Leary, too. She was accepted into the Croft Institute for International Studies, the Chinese Flagship Program, the Sally-McDonnell Barksdale Honors College and the Luckyday Program. Leary also gets enough scholarship money to cover her tuition.
“Looking back on my decision, I would not have changed it. I love having the opportunity to return home and visit with my family and being part of an Ole Miss legacy that I have lived with my entire life,” said Leary.
Leary says she’s also getting a chance to explore new places because of Ole Miss.
“Likewise, because two of the programs that I participate in on campus are the Croft Institute for International Studies and the Chinese Flagship Program, I also have the opportunity to go study internationally away from Oxford; however, it is always a pleasure to return home again,” said Leary.
Bro may be far from home, but she does not seem to regret her decision.
“I fell in love with the family atmosphere and the kindness that surrounds this campus,” said Bro.
Ole Miss currently has the largest enrollment of any university in the state of Mississippi, with at least one student representing every other state in the U.S.
Facebook
Twitter
Pinterest
Previous articleBigger Than Swimsuit Edition — Ole Miss Hits Sports Illustrated
Next articleOn the Road: What to Do in College Station, Texas