Ben Rector, a singer/songwriter from Nashville, will be performing at The Lyric in Oxford tomorrow. He visited Oxford last year on The Walking in Between Tour following the release of a new album of the same name. HottyToddy.com staff reporter Rachel Gholson had the opportunity to talk with the artist about his music, hobbies, upcoming show, and most importantly, Ole Miss.
HottyToddy.com — Did you get to visit anything in Oxford on your last visit? How did you like it?
Rector — “I really enjoyed the town. I thought it was awesome. We walked around the square and Oxford is really interesting to me. I think Ole Miss is great.
HottyToddy.com — How would you say the venue and the crowd in Oxford compares to other cities you have visited?
Rector — Honestly, The Lyric, is one of the coolest college town venues I’ve been in. A lot of college towns don’t have a good place play. They are either really small or they are not that well run. The Lyric is such a cool looking venue and the people that run it are great! I think it’s fantastic. As far as the crowd compared, Oxford is a newer market for me, so it is usually my smallest show. The crowd was great, though, they were really kind and seemed into it.
HottyToddy.com — How would you describe your music to someone who has never heard it before, and what are your main influence? 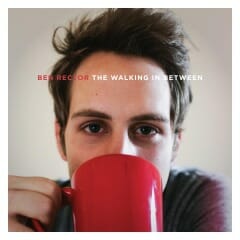 Rector — I would describe it as Singer/Songwriter Pop with older influences. I feel like when I say pop people think Katy Perry, who I actually love, but it’s not like that. Mainly, I’m influenced by Paul McCartney and Billy Joel with a modern twist.”
HottyToddy.com — Do you have a favorite song to play? A least favorite song to play?
Rector — I think I would say my favorite song to play on this tour has been ‘Forever Like That.’ To describe it as musical seems redundant, but we all get to step out and play and let the song do the work. On the last tour we played “Beautiful” and it was the hardest song to sing, so I would say it was my least favorite, but not because I don’t like the song.
HottyToddy.com — Are most of your songs based on real life experiences?
Rector — They all start somewhere. Some people look at music as all autobiographical and inspired directly by real life, but for me there is always a root feeling that inspires the song. Sometimes it is directly related to something in my life, though.
HottyToddy.com — Do you get people requesting to play at their wedding a lot?
Rector — I really do. I feel bad because I know that for those people it’s a huge day for them, but because I travel so much I really can’t do it. It is such an honor to be asked to be apart of such an important day, but it really is impossible. The summer after our last tour, there were a lot of people who wanted “Forever Like That” be apart of their wedding, and I was flattered.
HottyToddy.com — If you were an international pop sensation, what would be your outrageous dressing room request?
Rector — Honestly, I wouldn’t want to make one because at every level there is someone that has to go out and get that. Even now, people get something for the dressing room and I feel bad that they woke up that morning and had to go to the grocery store to get something for me. I like dark chocolate—if it has sea salt in it, that is the best. I wouldn’t want someone to go out of their way, but if they were already going to a store where that existed, I would ask for that.
HottyToddy.com — When you are on tour, what do you do to pass the time?
Rector — If we are in a city, I will play tennis or golf. I also like to find a good coffee shop or restaurant to make the most of getting to see different places.
HottyToddy.com — You are very active on social media and interact with your fans very often. How do you think social media has helped you in your career?
Rector — When I am interested in an artist, I always want to find out more about the people involved. I think social media is a pretty unique thing because you can see a little more about what a person’s life is like. It helps people seem like they have a connection or a window into someone’s world. Honestly, it is super weird to me that people are interested in it because I am just some guy. For me, it is a helpful way to build a connection with fans. I will reply to people sometimes, but I can’t reply to everyone. I am able to share a little of my life with people. With social media today, this is really the first time that fans have that level of accessibility.
Thursday’s show with Ben Rector and Jon McLaughlin will take place at The Lyric at 8pm. To purchase tickets, visit thelyricoxford.com. Ben Rector’s Music can be found on iTunes and Spotify.
Rachel Gholson is a HottyToddy.com staff reporter and can be reached at regholso@go.olemiss.edu.