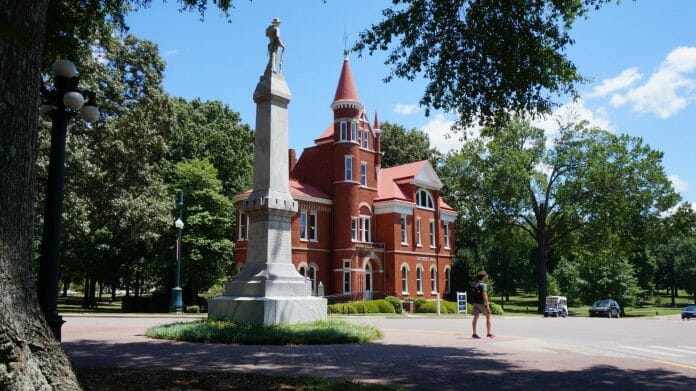 A Mississippi fringe group is fighting once again to get Colonel Reb back on the Ole Miss sidelines as well as add a number of other amendments to the state constitution.

Initiative 46 is backed by the Magnolia State Heritage Campaign and was approved by secretary of state Delbert Hosemann this month. The Magnolia State Heritage Campaign, led by Arthur Randallson, fought years ago in 2011 for similar changes but failed to get enough signatures to have the measure on the ballot.
Political experts in Mississippi and around the nation agree that the adoption of this initiative would severely harm the state’s national standing and ability to secure critical federal funding for many programs including education and infrastructures support.
This year, the group needs 107,216 Mississippians to sign the petition to have Initiative 46 added to the 2016 ballot between now and October 2015. Some of the most controversial elements of the initiative include: recognizing April as Confederate History Month, adding the Confederate battle flag to fly at the capitol in Jackson and all public buildings, making English the state’s official language, confirming Dixie as the state song and acknowledging Christianity as the state’s principal religion.
For the other state universities, the initiative also looks to protect their mascots, including Bully at Mississippi State and the Golden Eagle at Southern Miss. A provision in the initiative that says Alcorn State, Jackson State, Mississippi Valley State and MUW would not have to consolidate or merge.
Amelia Camurati is managing editor of HottyToddy.com and can be reached at amelia.camurati@hottytoddy.com.