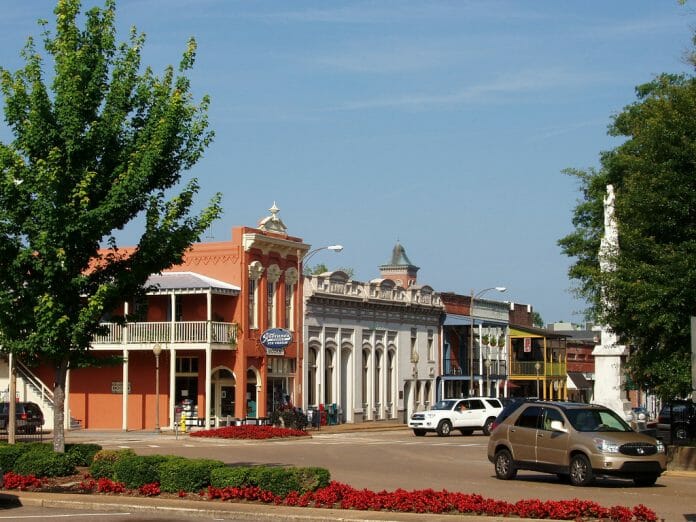 With thousands of tourist flocking to Oxford year round, especially during the football season, the city is on a economic uphill climb due to the tourism tax dollars being spent on food, beverages, hotels and motels.
According to the Department of Revenue, there are two different tourism taxes in Oxford. The Oxford Tourism and Stadium Construction Tax is a 2 percent tax on food, beer and alcoholic beverages in Oxford. The second, the Oxford Tourism and Economic Development Tax, is also a 2 percent sales tax on the gross proceeds of hotels and motels in the city.


The tax dollars from the food and beverage tax are divided up between several city departments such as Visit Oxford, FNC Park, Oxford Tourism Council, the Oxford Convention and Visitor’s Bureau, the double decker bus, game shuttles and a bond at the Ole Miss stadium to name a few places. The hotel and motel taxes go directly to the offices of Visit Oxford, a marketing arm of the city of Oxford that promotes tourism. May Allyn Hedges, director of Visit Oxford, said Oxford’s 2013-2014 fiscal year was a good one.
“The hotel and motel tax was up by 3 percent this year,” Hedges said. “This year $235,251 was collected from that tax. The food and beverage tax was up 10 percent this year, which $2.3 million was collected.”
The two taxes are nothing new to Oxford. The hotel and motel tax was created in 1983, and the food and beverage tax was created in 1987. For the past eight years, the city has seen an increase in the revenue produced from these two taxes.
“Last year was the first time we hit the $2 million mark, and this year we are at $2.3 million for the fiscal year (the fiscal year is October to the next September),” Hedges said.
For the 2013-2014 fiscal year, the lowest tax month was in December, collecting $9,565. The highest amount of taxes collected in that same year was in the month of September (football season), collecting $26,450.

“Football season is a great time for Oxford, but our main mission is to really try to fill all of our hotels year round, especially in the off seasons,” Hedges said.
December and January are known for its low amounts of tourists in the city, along with the summer months when the University of Mississippi students go home for the break.
“We really make our sales efforts to promote retirees or group conferences to come to Oxford year round and during the week to make the whole year just like it is for football season,” Hedges said.
There are many restaurants, stores, museums and historical attractions that tourists can visit while in Oxford. Hedges said Oxford gets a lot of international tourist, and they all want to visit William Faulkner’s Rowan Oak. Other fun and historical attractions tourist flock to include the University Museum, the Lamar House and Burns Belfry Museum and Multicultural Center.
“There is a lot to do where you can come to Oxford year round and spend several days here,” Hedges said.
Emily Newton is a managing editor and staff reporter for Hottytoddy.com and can be reached at emily.newton@hottytoddy.com.
Facebook
Twitter
Pinterest
Previous articleGive Gift of Flavor from City Grocery Restaurant Group & Main Event
Next articleOle Miss has Toughest Draw in Postseason Play of SEC Bowl Bound Teams