From Our Rebel Readers: Top 11 Christmas Movies of All Time

HottyToddy.com fans have made their list and we’ve checked it twice, coming up with the top 11 Christmas movies of all time, Rebel-style. 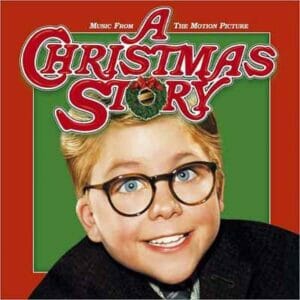 From “A Christmas Story” to “Elf,” our readers’ favorites are as varied and delicious as everyone’s Grandmother’s pecan pie recipe is. Hopefully one of your favorites made the grade and if it didn’t, please shoot us an email before Christmas Eve and we’ll add it to the list.
So, without further ado, here’s the top 11 Christmas movies of all time (in no particular order) – Rebel style:
1. A Christmas Story: Nine-year-old Ralphie Parker wants only one thing for Christmas: a Red Ryder Carbine Action 200-shot Range Model air rifle with a compass in the stock and “this thing which tells time.” (A tradition for a lot of people)

2. Love Actually: Follows the lives of eight very different couples in dealing with their love lives in various loosely interrelated tales all set during a frantic month before Christmas in London.
3. Home Alone: An 8-year-old boy who is accidentally left behind while his family flies to France for Christmas must defend his home against idiotic burglars.
4. A Dennis the Menace Christmas: Dennis Christmas is a Dennis the Menace version of A Christmas Carol where Mr. Wilson plays his own version of Scrooge.

5. Elf: After inadvertently wreaking havoc on the elf community due to his ungainly size, a man raised as an elf at the North Pole is sent to the U.S. in search of his true identity. (Gotta’ love Elf)
6. How the Grinch Stole Christmas: Dr. Seuss’ fable about a misanthropic creature who plots to steal the Christmas gifts from the inhabitants of Whoville.
7. The Santa Clause: Scott Calvin notices some unusual changes when a Santa-slaying accident forces him to step up to become the new Father Christmas.
8. Miracle on 34th Street: When a nice old man who claims to be Santa Claus is institutionalized as insane, a young lawyer decides to defend him by arguing in court that he is the real thing. (My favorite out of all of these)
9. It’s a Wonderful Life: An angel helps a compassionate but despairingly frustrated businessman by showing what life would have been like if he never existed.
10. The Family Stone: An uptight, conservative, businesswoman accompanies her boyfriend to his eccentric and outgoing family’s annual Christmas celebration and finds that she’s a fish out of water in their free-spirited way of life. 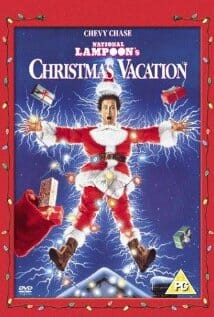 11. Christmas Vacation: The Griswold family’s plans for a big family Christmas predictably turn into a big disaster.
There you have it – our Top 11 Christmas movies of all time, Rebel-style. We hope you enjoyed the list and enjoyed watching a few of these great movies this holiday season.
Angela Rogalski is a HottyToddy.com staff reporter and can be reached at angela.rogalski@hottytoddy.com.