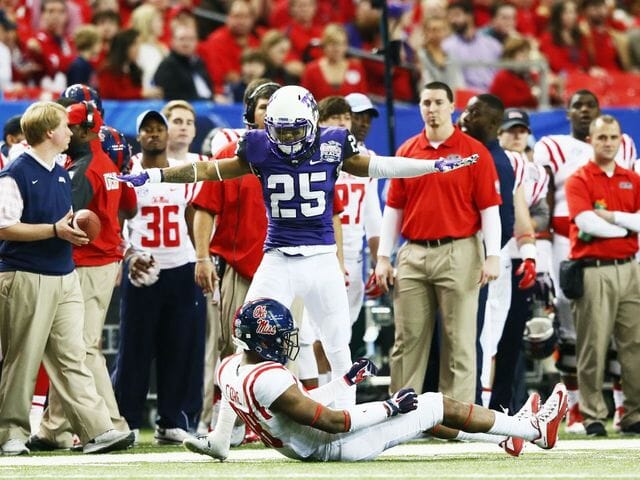 It’s been a hard few days for SEC nation — a blowout in the Peach Bowl, a slaughter in the Orange Bowl and a failure in the Sugar Bowl (just to name a few) have taken a temporary toll on the morale of the most dedicated football country in the United States.

The Southeastern conference is one of the most decorated in college football, recently growing to include 14 teams since it was founded in 1933. Twelve of those teams went into the postseason, and only five of 10 have come out with a win.

The SEC East, the less touted of the two divisions this season, has earned wins from Georgia, Missouri and South Carolina, with Tennessee and Florida still left to play this weekend. The West finished its postseason run Thursday night on the Alabama loss in the playoffs, ending with a 2-5 record for the first division to ever place all its teams in a bowl, leaving a bitter taste in the mouths of SEC fans and a delicious grin with our victorious opponents.

After a year of wicked backlash at ESPN and the sports media for placing the SEC in a realm where its teams can do no wrong, the question has to be asked — were the Pac 12, Big 10 and everyone else right? Is the SEC past its prime, a crumbling football dynasty of days past now losing its hold to the Ohio States and TCUs of the field?

The SEC has taken home 38 football national championship titles since Alabama began the trend in 1934. In this short century alone, the power conference has snagged eight between four schools, including a six-year stretch of domination from 2006 to 2012. The SEC has almost always easily defeated non-conference opponents, both in the regular season and postseason, and has cannibalized itself, rarely letting any team escape with a perfect season, always marred by that one close loss, that one blocked extra point, that one interception at the end.

Was the hype too much to live up to? At some point, everyone has to lose. Florida State was on the brink of a 30-win streak and was denied by Oregon in the Rose Bowl by 39 points, and the Seminoles remembered how heartbreak can hurt. Winning builds programs, but losing builds character. Learning to lose gracefully and bounce back from that defeat is more important than learning to handle a 7-0 start.

A lot of chatter hit social media after the losses started piling up, calling for coaching changes and mocking student-athletes for their errors. Some coaches won’t return for the 2015 season, and some will move around, but the wins will return for the Southeastern conference because the high school standouts are still looking South.

The SEC consistently has multiple schools with nationally ranked Top 10 recruiting classes, and the commits for the 2015 and 2016 seasons are no different. Ole Miss’ recruiting class for two years out is now ranked No. 1 after Octavious Cooley of Laurel committed only hours after the Rebels were thrashed by TCU because there’s promise in the underclassmen and dedication in coach Hugh Freeze. Nick Saban is a recruiting god, no matter what happened New Year’s Day with Ohio State, and Mississippi State will not be hurting for top-of-the-line teammates after their performance this season, either.

The beaten up teams and conference as a whole can easily rebuild after a heartbreaking couple of weeks of bowl games and bounce back with a vengeance. We may be down, but we are not out. Congratulations to all of the teams who have defeated a Southeastern conference foe these past few weeks. You won your bragging rights this year, but fear not — we’ll be back.