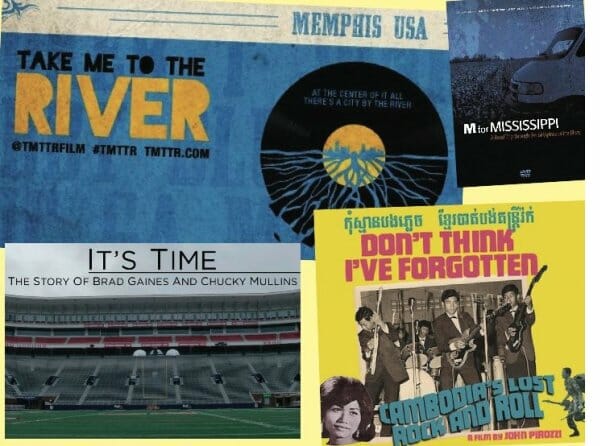 The fifth annual Clarksdale Film Festival aims to bring Hollywood excitement to the town as it celebrates Mississippian filmmaking and music at a price of $5 and lower per day. 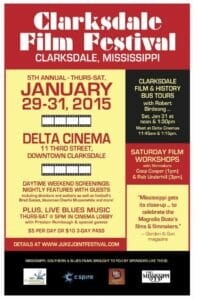 The festival is on Jan. 29 to 31, Thursday to Saturday, at the historic Delta Cinema at 11 Third Street. Tickets are $5 per day with the weekend pass at $10. The tickets are availble at the Delta Cinema box office during festival hours.

“We’re showcasing an amazing collection of Mississippi, Southern and music films at Delta Cinema in our revitalized downtown,” said Roger Stolle, co-organizer of the event and owner of Cat Head Delta Blues & Folk Art in Clarksdale. “Plus, we’ll feature live lobby blues each day at 5pm and a number of special introductions and film Q&As. On Saturday, we’ll have two film workshops, history bus tours and more.”

On Friday, Jan. 30, a movie will premiere in Mississippi: “Don’t Think I’ve Forgotten: Cambodia’s Lost Rock and Roll.” “Take Me to the River” will show Saturday with its director Martin Shore and special guests Charlie Musselwhite, William Bell and Boo Mitchell and Frayser Boy to name a few.

Those movies aren’t the only events planned for the festival.

“The Clarksdale Film Festival isn’t just about great movies,” said Nan Hughes, president of the non-profit that organizes the event. “It’s also a wonderful excuse to experience the entertainment and restaurant mini-mecca that our revitalized downtown has become. What other small Delta town offers live blues and roots music seven nights a week, every week?”

The music calendar is available via Cathead.

There will be a free photo exhibit of Classic Clarksdale, all 1985 photos by David Rae Morris and Milly (Moorhead) West at the former Greyhound Bus STation at the Third and Issaquena on Friday, January 30, from 11:30 a.m. to 1:30 p.m. with gallery talk at noon. The exhibit is also open to public Saturday and Monday from 10 a.m. to 2 p.m.

Strong community support from Clarksdale residents made this festival possible.

“Just like with the Juke Joint Festival we put on in spring, we want to thank all of our generous sponsors and volunteers,” said co-organizer Goldie Hirsberg. Sponsors include Clarksdale/Coahoma County Tourism, C Spire, Isle of Capri and Visit Mississippi.

For more information about the screenings, music and the sponsors please visit the festival’s website.