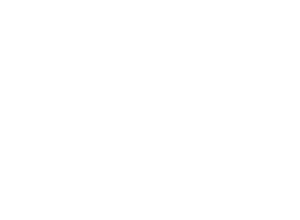 This Sunday marks one of the most important Sunday’s of the year- that’s right, the Super Bowl is only a few days away. On Feb. 1, the New England Patriots and the Seattle Seahawks will compete for the 49th Super Bowl. As many Americans are making plans for the festivities, the Oxford Police Department is busy making preparations of their own.

Oxford Police Department Deputy Chief, James Owens, explained that police presence throughout Oxford will increase, but only slightly. The DUI unit will be patrolling the town and various checkpoints will be set up. The location of those checkpoints has yet to be determined and will be decided by the shift commanders Sunday night.

This Sunday marks the second Super Bowl that residents of Oxford are allowed to buy alcohol and go to bars to watch the game. In anticipation of the larger crowds that will be at the Square, police will beef up their patrol throughout the area. There will not be mounted or foot patrol on the square as Owens does not expect the volume of people to be anywhere close to a typical Ole Miss gameday. Those that plan on watching the game at bars, keep in mind that all bars will be closing at 9 pm Sunday night, per city ordinance law.

When going home after the game, Owens has advice for Oxford residents.

“If you’re going to drink, you must drink responsibly,” Owens explains.” Exercise extreme caution and respect the rules of the road.

Lindsey Andrews is a staff reporter at HottyToddy.com and can be reached at lnandre1@go.olemiss.edu.

Family of Woman Murdered by Cop File Lawsuit Against Oxford

Evictions Back on Hold; Help is Available for Local Renters