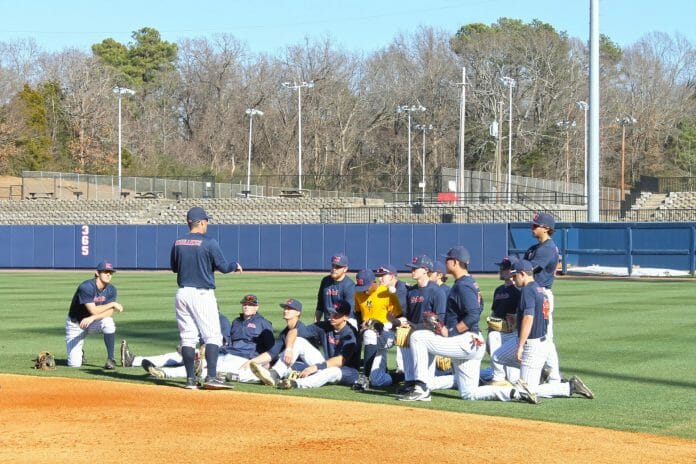 Ole Miss head baseball coach Mike Bianco is renowned for an aggressive brand of baseball that involves a lot of hit-and-runs, stolen bases and taking the extra base on a basehit. That brand requires a lot of speed, something that Ole Miss is not lacking in 2015. The Rebels have quick feet all across the diamond including the likes of Connor Cloyd, Errol Robinson and Tate Blackman. Today we move into the top 10 with another fleet of foot Rebel in outfielder Cameron Dishon.

The junior from Beaumont, Texas had a tall billing to live up to when it came to his baseball career. His older brother Johnny played at LSU from 2008-2010 and is now a member of the Milwaukee Brewers organization. Add that to that fact former Ole Miss great Tim Ferguson is his step-brother and you see why hopes were high for the Texas standout.

During his time at Bridge City High School, Dishon did not disappoint as he lettered four times in baseball, football and track. He hit .325 with 33 runs scored and 34 stolen bases as a senior, earning All-District honors. He helped BCHS win four district titles and is the all-time stolen bases leader for the school.

In his first two years in Oxford, he has seen sporadic time as a defensive replacement and a pinch runner as his elite speed and baserunning acumen helped him see playing time despite a crowded outfield. This season he will see a large increase in his role as the projected starter in right field.

He has not disappointed in fall ball, hitting very well in the scrimmages, including a five-RBI performance in the Oct. 11 scrimmage. Not only did he spray the ball around the field, he also left the yard for a home run, an uncharacteristic move by the 5’10, 170 Lb. outfielder. While he exhibited a case of power, that will not be his calling card in the order. His supreme ability to get on base via walks and singles, that he in turn can create a runner in scoring position with his speed, should allow him to score a lot of runs this season.

Not only does he hold value in the order and on the bases, he is a top-of-the-line defensive player. Dishon doesn’t allow balls to drop in front of him and gets a good beat on the ball right off the bat. After the implementation of the new baseballs, a lot of routine flyballs will start finding gaps and the warning track, making quick outfielders an important commodity. Whether it’s hawking down flyballs, tearing up the bases or getting a rally-starting basehit, expect Dishon to make a big difference in 2015.