As the 12th annual Oxford Film Festival nears, the directors are preparing for their final year with the festival as a volunteer-run event. The directors are in talks with several groups on the best direction forward. 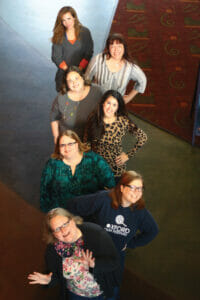 “While we celebrate this year’s lineup, we are also saying a bittersweet goodbye,” Executive Director Molly Fergusson said. “This year’s Oxford Film Festival will be the last of its kind: organized and run entirely by unpaid volunteers. This is happy news; the festival has grown beyond what four, year-round volunteers, can manage. In walking away, we leave the film landscape in Oxford very different from how we found it.”

When OFF first appeared at the Ford Center in June 2003, the independent Hoka Theater had been closed for seven years. There was only one four-screen movie theater in town. Netflix was just getting started. iTunes had opened, but was not yet selling video content. Facebook, Twitter, YouTube, and Vimeo did not exist yet. The state of Mississippi had two film festivals: one in Jackson and one in Starkville, and the number of filmmakers in Oxford could be counted on one hand.

The Oxford Film Festival has filled a void that no longer exists for fans of independent film in North Mississippi. The University of Mississippi and the Yoknapatawpha Arts Council have expanded their offerings in recent years for both filmmakers and film lovers, from OxFilm to the Cinema Minor and the graduate documentary track in Southern Studies with high-profile guest speakers in between. Independent films are now shown year round in a variety of forms both with the local theater and public library, arts council and university, and filmmakers who were introduced to the area through the film festival have come back to film here.

“The directors’ years of hard work have created an Oxford treasure that both brings attention to our artists locally and on a national scale,” Yoknapatawpha Arts Council Director, Wayne Andrews, said. “The festival is a highlight for Oxford and amongst film fans as the festival has a reputation for creative programs, exciting films and the warmth of the Oxford community. They pass on to Oxford a gift of a well-run festival by creating an endowment to enable it to continue and grow.” 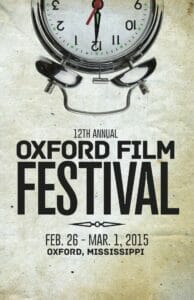 Michelle Emanuel, Diala Chaney and Melanie Addington have also served as co-directors since that time. Former long-time director Micah Ginn retired from the festival three years ago. Other directors served for shorter terms in the beginning of the festival as well. Since 2003, all of OFF’s directors have been unpaid volunteers.

“We have no doubt that independent cinema will continue in some form or fashion in Oxford with or without us,” Fergusson said. “We are proud of the work we have done in the last 12 years and grateful for the support of our sponsors and the Oxford community as well as the support of our patient and understanding families, but we realize that it is time for us to move on. As the festival has grown, so have we, and we are looking forward to new challenges and adventures in our personal and professional lives.”

An endowment has been set up for the festival with the Create Foundation to help ensure it continues to grow in the coming years and donations are being accepted.

To learn more about this year’s line-up, visit the film festival website. To donate to the Oxford Film Festival Endowment, visit Create Foundation or donate directly at the information desk at the this year’s festival Feb. 26 to March 1.