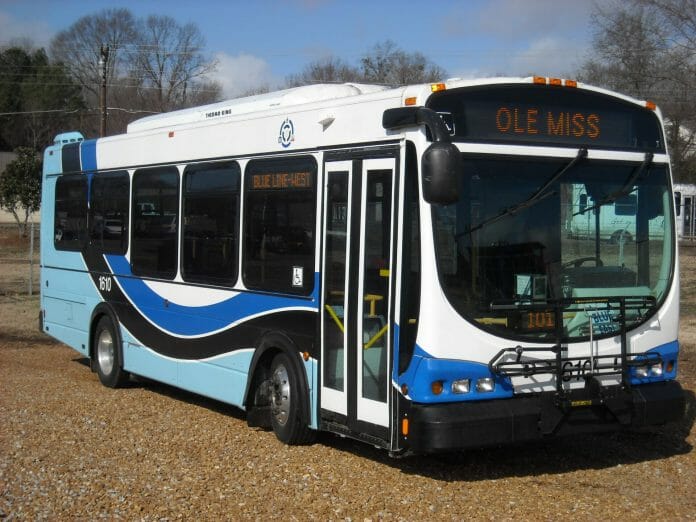 The city of Oxford is hoping to add four new busses to their fleet over the next two years, according to Oxford University Transit Coordinator Tim Akers.

There are currently 28 busses in the fleet with some as old as 15 years. Akers hopes to add two busses in 2016 and two more in 2017, while selling two of the older models. One big reason for the need for new busses is the increasingly difficult task of keeping the busses maintained.

“Maintenance costs are high and they just keep getting higher,” he said. “I’ve been told many of the parts aren’t available to even fix the busses.”

Each new bus costs around $400,000 with 80 percent of the costs covered by the Mississippi Department of Transportation, 10 percent by the city and 10 percent by the University. The hope is to join onto a contract that Gulf Coast Transit has with the Gillig Corporation which has to be approved by MDOT.

Another reason for the new busses is the growing demand for public transportation that comes with a growing city and university population.

“Ridership is going to go over one million people this year and that’s an incredible number,” said Mayor Pat Patterson. “It’s really worked well for the community.”

While the population is still growing today, it is the future that Akers believes is equally as important.

“We’re still in the early stages of the process, hopefully it’ll work out, and as O.U.T. continues to grow you’ve got to continue to update your inventory as the demand increases, so thats what we’re trying to do,” he said. “Because the process takes so long, you have to be looking several years down the road to see what the needs will be.”