Chairman of American Defense International to Speak at Ole Miss

Van Hipp, Chairman of American Defense International, Inc. (ADI), a Washington consulting firm specializing in government affairs, business development and public relations, will be speaking about his bookThe New Terrorism: How to Fight It and Defeat It at the Overby Center on March 4 at 10 a.m. The event is free and open to the public. 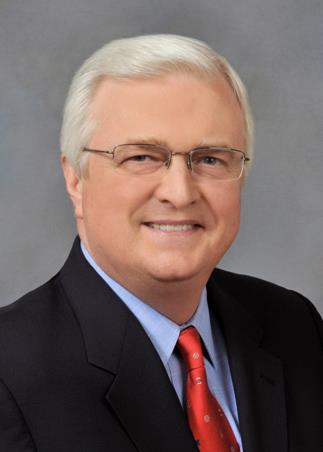 The New Terrorism: How to Fight It and Defeat It navigates the increasingly complex national security threats that the United States and its interests face, and the shortcomings within the systems slated to address them. In the book, Hipp employs his years of studying national security at the highest levels to scrutinize the threats towards the United States and offers his recommendations to address the current thinking toward national security and the systems in place. Hipp acknowledges that the “New Terrorism” includes a full scope of possibilities that could cripple the American infrastructure and society, ranging from: cyber warfare to electromagnetic pulse attacks to chemical and biological weapons threats.
In 1990, Hipp was sworn in as Deputy Assistant Secretary of the Army (Reserve Forces and Mobilization) and served in this position during Operation Desert Storm. Following the “Tailhook  Scandal,” Hipp was named by Secretary of Defense Dick Cheney to be the Principal Deputy General Counsel of the Navy. He served in this capacity until 1993.
A veteran of the U.S. Army, Hipp speaks on defense issues at public forums across the country, and his articles on defense and international policy have been widely read in the national print media.
Since the September 11th attacks on the United States, Hipp has appeared on the Fox News Channel, MSNBC, CNN, and other networks as an expert commentator on the War on Terror.  He formerly served on the President’s Council of the National Safe Skies Alliance and in 2002 and he was named by then Governor Jim Hodges (D-SC) as South Carolina Ambassador for Economic Development. In 2011, Hipp was instrumental in organizing the Commander-in-Chief Debate at Wofford College, the first foreign policy and national security Republican Presidential Debate.