Ball: ‘Officer, I’ve Only Had a Couple of Beers Earlier Tonight’ 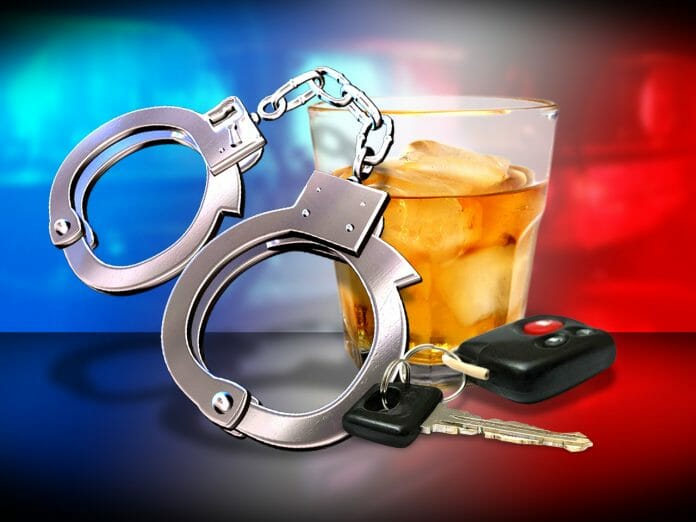 An Ole Miss coed arrives at her condo, apartment, et cetera, after a nice pleasant evening that included the consumption of alcohol. She goes to bed very soon after her arrival. After being asleep for a couple of hours, she receives a telephone call from a friend begging for a ride. Her friend is at a party, no one will take her home, and she is certainly in no shape to drive herself under any conditions.

The coed drags herself out of bed, dresses herself with whatever clothing is laying about, and heads for the car. She knows that she should not be operating a motor vehicle because of her alcohol consumption earlier in the evening. However, what occurs quite often, is that she talks herself into believing she is really okay and this will only take a mere few minutes. She has driven no more than three or four blocks when she comes to a stop sign. As so many people do, she comes to a “rolling stop”, meaning, she slows down considerably, does not come to a complete stop, and drives through the intersection.

Luck, for her, has never really been a close friend. She notices that the interior of her car turns into a flashing blue light. She makes a strong statement that no one can hear and looks for a place to pull over beside the road. She is calling forth prayers that she hasn’t used in years. But as good fortune would have it, a car with a flashing blue light pulls in behind her. This just cannot be — but it is exactly what she has always feared. A uniformed officer walks up to the driver’s side window, this young lady lowers the window, and hears that faithful request “Ma’am, I need to see your driver’s license and proof of insurance.” She is thinking “this just cannot be happening to me.”

Well this is happening right here in Oxford, or the campus, or in Lafayette County. She does her best to sound sober and not slur her words. The gum that she just put in her mouth to mask the smell of beer simply alerts the officer that she is trying to hide something. She is fiercely trying to remember all the things she has been told to say and do to try and avoid a arrest. However, she is not going to be successful because the officer is trained to detect the odor of an alcoholic beverage coming from the breath of the individual or the interior of the motor vehicle. Also, the officer is keenly listening to see if the responses even make any sense. Also, is there too much thought being placed in the responses and are the responses slurred and stated a little to quickly. Many people when they are stopped by law enforcement talk very rapidly and are trying to quickly convince the officer that they are fine and should be on their way. 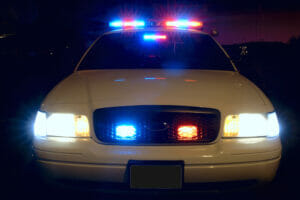 “Ma’am, have you had anything to drink tonight?” “Officer, I only had a couple of beers earlier tonight.” “Ma’am, please step out of the car and go stand in front of my patrol car.” The driver is quickly convincing herself that the amount of beer that she had much earlier in the evening, all being recalled to the best of her memory, surely cannot pose a problem for her. She doesn’t realize that by the time that third beer is consumed, her judgement and memory starts to become vague and altered to varied degrees. The driver immediately complies with the officer. The driver is still feeling okay because she has been told by several of her friends, even since before college, what to do and say when stopped by law enforcement if the officer suspects that the driver may be impaired due to the consumption of alcohol.

The driver is thinking that since it is very late at night or early in the morning, she really does not pose a threat to other people on the road. Therefore, all she has to do is a couple of these tests and she will be back behind the wheel of her motor vehicle.

Once in front of the patrol car, the officer asks ,”Ma’am,I will ask you again, how much have you had to drink tonight?” The driver will immediately respond with the same answer that I only had a couple of beers earlier in the evening. The officer will produce the Alco Sensor (Portable Breath Test) and ask the driver to blow into it. The officer will look at the reading and the driver then hears those chilling words “Ma’am I want you to step over here, I have some tests I want you to perform.”

If the driver is even faintly aware of the laws pertaining to DUI, her life will start passing before her very eyes. “Officer, do I have to take these tests?” “No ma’am, but you must understand that I am trying to see if you are capable of operating your car in a safe manner.” “That is the reason I am offering you these tests to see if, in my opinion, you are capable of safely operating a motor vehicle.”

What should she do? If she refuses to perform the remaining Field Sobriety Tests, it is extremely probable that the officer will then advise her that he is taking her to the Lafayette County Detention Center to offer her a standardized test to see if she is too impaired to operate a motor vehicle. She will be placed in handcuffs, behind her back, and she will be transported to be offered this test.

If she consents to taking the remaining field sobriety tests, the next test she will be offered is the Horizontal Gaze Nystagmus Test (HGN). Many people refer to this as the “eye test.” The officer will be moving a pen or finger back and forth in front of each eye of the driver. The driver thinks that she is following the pen just fine and that she has passed this test. The officer is looking to see if her eye is following the pen smoothly, is there the onset of nystagmus and is there sustained nystagmus at full deviation. Nystagmus refers to the eye jerking and dancing, the officer can see it, but the subject of this test cannot feel it.

The driver will, most likely, be offered the Heel-to-Toe-Walk-and-Tum. That is whereby the driver will walk nine steps putting heel to toe with each step and making a certain kind of turn as demonstrated by the officer. The officer will demonstrate exactly how the heel to toe is to be conducted by the driver, how the turn is to be made, and all other requirements concerning this test. It is a very difficult test to perform correctly if the individual is, indeed, under the influence of alcohol.

The next test will be the One-Leg Test. That is whereby the subject is allowed to stand on one foot, and is then instructed to raise the other leg, straight out, approximately six inches above the ground. There are other instructions that she must observe, such as keeping her arms to her side, just like in the aforementioned Heel-to-Toe-Walk-and-Tum. The driver will be instructed to count while taking this One-Leg Stand Test, and the driver must count until the officer tells her to put her foot down or until she reaches a count of thirty (30). This is a very difficult test to complete correctly when the individual is under the influence of alcohol. Also, they will raise their arms for balance during the test, et cetera.

The driver knows that her life is about to be altered to some extent when she hears the words “Ma’am, please turn around” as the officer handcuffs her in order for her to be transported to the aforementioned LCDC (Jail), to be offered the CMI 8000 Intoxilyzer. Just the sound of the handcuffs closing usually scares the hell out of everyone.

The drive from the scene of the stop to the jail is a very dark, lonely, and quiet trip that the coed hopes she will never, under any circumstances, ever have to repeat. She sits in the backseat, handcuffed from behind, and listens to the police radio maintaining a constant chatter. However, in spite of that, she can hear herself breathe and feel the surge of panic that rises in her throat. She had just talked to her parents about this kind of situation no more than a couple of months before and is trying to think of what she is going to say to them when allowed a telephone call.

When she arrives at the jail, she will be placed next to a machine that is the CMI 8000 Intoxilyzer. She will be read the consequences if she refuses to take this test. If she refuses this test, she will be charged with the offense of DUI (Refusal). Quite often, the question is asked, “isn’t she allowed to make a telephone call for legal assistance in trying to determine if she should or should not take this test?” No! “Well I always heard…” The simple fact is that it does not matter what you’ve always heard, you are about to be educated in that frightening world of “DfJI”.

For the last 44 years, I have represented so many people in so many different cities and counties in the state of Mississippi, especially the northern half of Mississippi, and I have always found the courts to be very tough in their attitude concerning people charged with a DUI violation.

The quality of law enforcement in Oxford and Lafayette County is unparalleled in comparison to much of the law enforcement in the rest of the state. Be very careful. In talking to and representing thousands of people, I am told by them on many occasions, that in all these years that they have been driving after consuming alcohol, they have never been arrested or involved in an even a minor accident.

Finally, this is a point to remember that everyone, adults and students alike, can relate to. EMPLOYMENT! All of us, including students, will one day, work for a living. That means being hired by a company or entity in the field in which they wish to work. No person wants a DUI conviction on their record. It affects so many facets of your life. When arrested, think of that faithful telephone call that you must make to your spouse or parents and explain why your are calling them from jail. For those of you reading this article that are married, I need not say anymore. For the students that are reading this article, if you think, for one moment, that the speech your father gave you before leaving home about “how much it is costing to give you a good education,” was at all intolerable, the consequences of a DUI conviction will make that speech pale by comparison — I promise you. 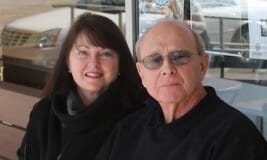 Dwight Ball is a former special agent with the Federal Bureau of Investigation and a longtime Oxford attorney who taught the Mississippi DUI Law course and five different Criminal Law and Criminal Procedure courses. He can be reached at dwightnball@dwightnball.com.