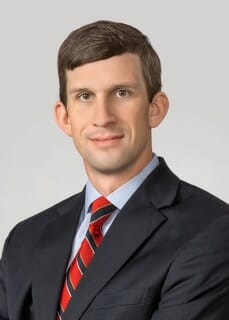 Mills, who is also a private practice lawyer representing Fulton and Mantachie, grew up in Monroe and Itawamba counties and is a a product of their public schools. He received his engineering and law degrees from the University of Mississippi, where he was also a walk-on member of the Rebel football team.

“As a lifelong resident of the First Congressional District, I know that the people of North Mississippi are hard-working, tax-paying, family-oriented Americans. I am a product of those values and want to take them to Washington,” he said.

He is married to his high school sweetheart, Jada, a teacher, and has two sons: Luke, 4, and Levi, 2. For the next two months he will be traveling across the district wishing to “hear from as many constituents as possible.”

“I look forward to promoting economic growth and stability for North Mississippi. As a husband and father, I understand the importance of protecting our traditional family values. It is my belief that the role of government should promote individual and economic freedoms through limited government principles and fiscal restraint.”