Last week, Oxford native and two-time Jackson City Council member Quentin Whitwell announced he would be running for open District 1 seat vacated by the passing of Alan Nunnelee. Whitwell made it abundantly clear that his primary reason for running for office is to help the people of North Mississippi where he grew up. 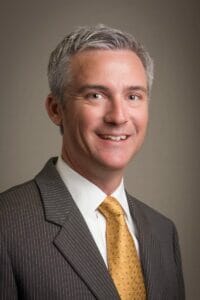 “The main reason I’m interested in running for this city is because North Mississippi needs an outspoken leader that understands exactly the dynamics of the district and is ready to hit the ground running with major policy issues they will face immediately,” he said. “I think my experience and skills as a lawyer and training in constitutional matters and business law makes me an interesting person to enter the field.”

Whitwell is a partner in the Jackson law firm Gibbs, Whitwell and Travis as well as the owner of Life Bible Study and the COO of Progressive Medical Management. Life Bible Study supplies Sunday School materials across the globe and the Evangelical Christian said his faith influences his social stances.

“I am a social conservative, generally speaking and I believe in family values,” he said.” I’m pro life, I support the Second Amendment, and we need to return more power back to the states with a limited federal government.”

The married father of two,a ninth and sixth grader, believes that it is very important to get the state out of last place in education.

“I believe that Mississippi gets a bad reputation and that there are many successful schools in Mississippi, most of those are successful because the local community,” he said. “My mother was a school teacher for 30 years, I am a product of the Oxford Public School system, I believe the Department of Education has to rely on ability of the local schools. The federal government’s role isn’t to dictate everything back to the states but to allow the states to set their standards and run their districts accordingly.”

Whitwell said the quality of life in Mississippi has been negatively impacted by Obamacare, something he hopes to help repeal. He said he not onlyhopes to help small businesses thrive, but also the large industries in the northern part of the state.

“The furniture industry is the largest industry in Mississippi as well as our healthcare system, and we can do more to help them thrive,” he said. “We’re known for great food, music and class culture, small businesses and we need to do more to support Main Street.”

Nunnelee and Whitwell worked together on social issues, legislation and with various Christian organizations. Whitwell said he considered Nunnelee a good friend and hopes to bring some of the same leadership to the district.

“I believe that leadership is essential to this race and I’ve got a proven track record of being a true conservative that gets results. I know how to build consensus and work in a system without working toward being a part of the system,” he said. “I will approach my leadership style by leading first with humility and the most important thing is to set standards for what needs to happen: repeal Obamacare, balance the budget, reform tax codes, and strategy on the War on Terror are four things I will not compromise on.”

While many political races pull constituents in different directions, Whitwell wants to bring the community together behind a united front.

“We’re approaching this campaign from a position of unity. This is an open election and we will not compromise on our conservative principles. We want to establish ourselves as a true conservative candidate but still a guy who will listen to everyone: Democrat, Republican, Independent, to unite around the candidacy, black or white, young or old, we’re conservative but we’re not mad about it.”