Awarded to only 15 individuals this year, the designation honors members who have demonstrated exemplary professional achievements and service to the profession. Bouldin, a University of Mississippi School of Pharmacy associate dean and professor, will be honored at the APhA Annual Meeting and Exposition in San Diego, California, March 27-30.

“To have been nominated was itself a humbling occasion, for that suggests that several of my peers felt that my contributions were worthy of noting in this way,” Bouldin said. “Then to have been selected by the committee was a thrill and a bit difficult for me to grasp.”

Bouldin, who serves as associate dean of outcomes assessment and learning advancement and professor in the Department of Pharmacy Administration, joined APhA as a student in the late 1980s. During graduate school, she became a member of the Academy of Pharmaceutical Research and Science, which she said opened her eyes to how the organization is involved with the practice and development of pharmacy and pharmaceutical sciences. 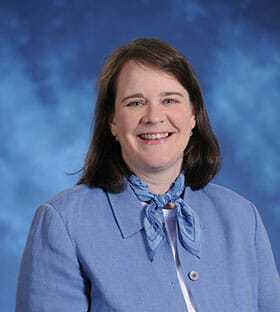 Through APhA, she was able to network and foster important development opportunities through the Economic, Social and Administrative Sciences section. She has presented research at the organization’s annual meetings and has gained valuable feedback from colleagues nationwide.

As a faculty member, Bouldin has reviewed manuscripts for the association’s journal and served as adviser to the UM APhA Academy of Student Pharmacists chapter.

“Working with student leaders in that capacity for eight years was a privilege and taught me so much about leadership development and the potential of the next generation of pharmacists,” Bouldin said.

“There is no doubt that Dr. Bouldin is very deserving of this high honor,” Bentley said. “She is a distinguished teacher, an accomplished scholar and scientist, and a highly capable administrator. Furthermore, she is a passionate servant leader. She actively and enthusiastically demonstrates professional commitment through her participation and leadership in many different service roles, including as an active and contributing member of APhA for more than 20 years.”

Bouldin said the recognition is weighty.

“The past list of fellows for the APhA-APRS section represents many of the ‘giants’ whom I have admired for years,” she said. “I am deeply honored to be included and will continue to try to live up to their examples.”