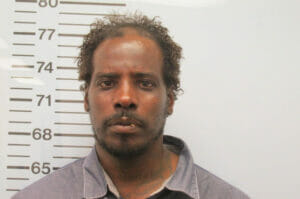 On Thursday, March 12, 2015, investigators of Oxford police department served an arrest warrant to Kirklon Lewis, 42 years old of Abbeville, Mississippi, for Felony Malicious Mischief. Lewis is accused of causing over $1,500.00 worth of damages to another person’s vehicle. Witnesses helped Oxford police identify Kirklon. He has been charged on Felony Malicious Mischief and his bond was set at $2,500.

Oxford Fire Department responded to the following calls: a smoke detector malfunction at Kincannon Hall, a fire alarm set off by cleaning deep fryers at Captain D’s, a house alarm at the Alpha Tau Omega house, and an alarm malfunction at Turner Center.

All photographs and lists in the Oxford Crime Report are provided by law personnel to HottyToddy.com as part of the public record. All persons depicted are innocent until convicted by a court of law.