Mesquite Chop House Restaurant Opening on the Square in June

Oxford’s steak scene is about to get a lot more interesting with the upcoming opening of Mesquite Chop House. Missy and Rusty Hensley, owners, are ecstatic about bringing a new flavorful steakhouse to Oxford this summer. 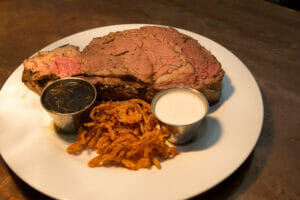 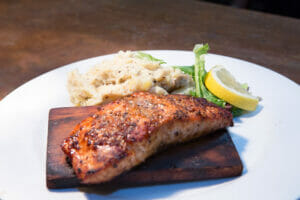 “Our friends have been asking us to open a restaurant in Oxford for quite some time,” Missy said. “We are both Ole Miss alumni and have had both of our boys go on to graduate from Ole Miss as well.  We have lots of friends in Oxford, lots of connections. We are always there so it made for a natural connection to open our newest and upcoming restaurant in Oxford.”

The Hensleys own a farm in Holly Springs, just 35 minutes from Oxford, called The Woodland Farm. The farm has been a part of their for family for nearly 10 years now. “We have a vegetable garden where we get fresh vegetables to supply the restaurant,” said Missy. “If we don’t have the produce then we will get our supply from another local farm.  We are always back and forth to Holly Springs, so it just makes sense to have a restaurant in home away from home.”

As you probably already guessed, Mesquite Chop House is a fine steakhouse. They are known for their steaks, pork chops, burgers, pasta dishes and fish. “We offer a wild game dinner once a month, which includes qual, venison and seafood specials” Missy replied. “We will also have special wine dinners once a month where we offer wine tastings with your meal.” 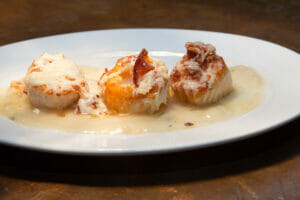 “Oh, we have so many, but I would have to say the Qual Appetizer we have.”

“It would have to be the filet.  I love a good steak.”

“I like every dessert.  I don’t know if I have favorite.” 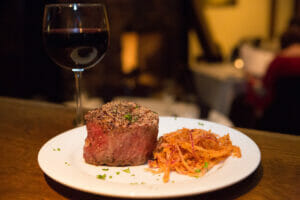 Their bartenders are known for excellent service, being knowledgable and very upscale. “We get so many compliments on our specialty cocktails,” said Missy. “I’m not certain what beer we will have on tap yet, but I know we will have a huge variety to pick from.”

Missy and Rusty plan to have several happy hour specials. Every Saturday night they will feature a live jazz band and when the weather permits, they will have patio parties, which is covered, with live music on Thursdays.

“We really look forward to and hope that Mesquite Chop House will be received well in Oxford,” said Missy. “We would love for it to be a great place for locals to come and enjoy, not just all the excitement during football weekends, but every weekend before and after that.  We want the local crowd to come and feel welcome anytime.”

Missy and Rusty also offer catering services through Mesquite Chop House.  “We catered the rehearsal dinner and reception for our son, John Hensley’s, wedding,” said Missy. “The rehearsal dinner was at the Powerhouse in Oxford and the reception was catered at our farm.  We provided all of the food and bar products both nights.  It was a huge success.  Everyone had a fabulous time and we hope to cater more weddings and events.”

To view their menu, visit their website or find them on Facebook. They are scheduled to open in June.

Brittany Bugg is a HottyToddy.com staff reporter and can be reached at brittany.bugg@hottytoddy.com.