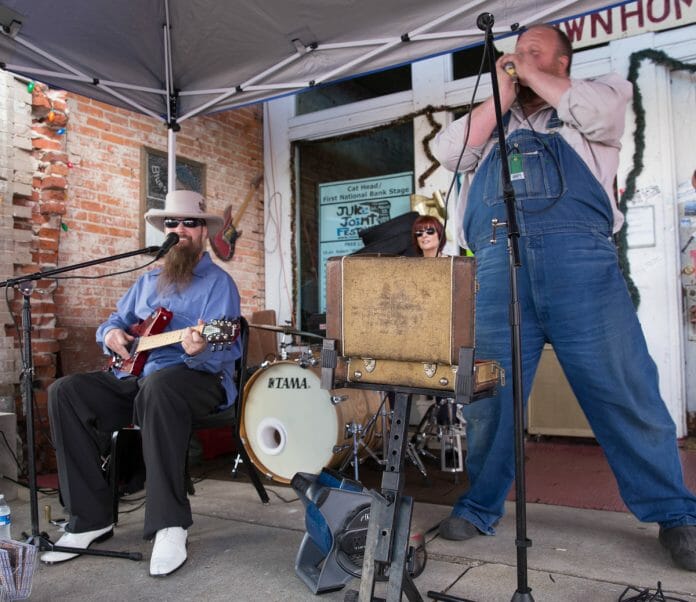 Clarksdale’s Juke Joint Festival may only be celebrating its 12th edition, but it is already the stuff of blues legend. 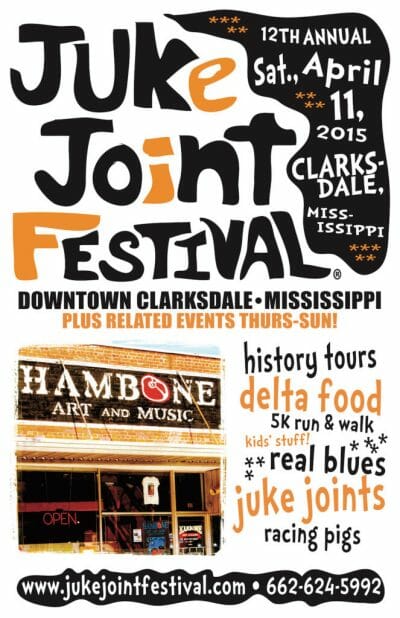 “2014 was the biggest Juke Joint Festival yet, and so far, 2015 looks to top it,” festival co-organizer Roger Stolle said. “Our annual festival now attracts attendees from almost 30 foreign countries, almost 50 states and over 50 Mississippi counties. Still, the most important number here is the number of bluesmen in their 70s, 80s and even 90s who play our fest.”

“The first acts we book are our region’s older, culturally-connected blues performers,” Stolle said. “Then, we spread out from there. There is an insane number of blues musicians in town during Juke Fest week! It’s like no other event in the world.” 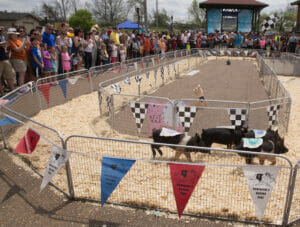 Saturday’s nighttime music requires a wristband. Pre-sale wristbands for the festival’s 20+ Saturday-night “juke joint” venue stages are available online — $15 pre-sale. Wristbands go up to $20 on the day of the festival.

“Juke Joint Festival is half blues festival, half small-town fair and all about the Delta,” said to co-organizer Nan Hughes. “There will be tons of official and related events all weekend long for both families and music fans. You literally cannot do, see and hear everything. It’s completely overwhelming – in a good way.” 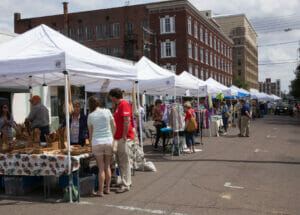 Wristbands and merchandise will also be available at the kick-off event. 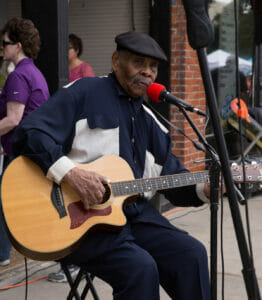 Then, on Friday, April 10, Clarksdale’s related events include educational activities at the Delta Blues Museum and book signings, live blues and more at other downtown businesses and entities, including the Cat Head Delta Blues & Folk Art and the Rock & Blues Museum. At night, Clarksdale’s blues clubs and jukes will run till the wee hours.

After Saturday’s epic day/night Juke Joint Festival, itself, a Sunday of additional related downtown events will cap off the weekend – including the annual free Cat Head Mini Blues Fest and the Second Street Blues Party. The Rock & Blues Museum and Delta Blues Museum will be open as well as several downtown restaurants and businesses. The weekend wraps up with live blues at Red’s Lounge and other venues that night.