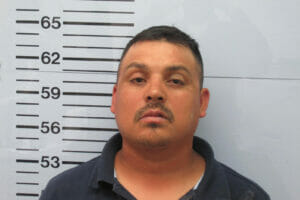 On Saturday, May 23, the Oxford Police Department received a call about an unknown subject that broke into 1802 Jackson Avenue West Apartment 181. A female caller reported the person inside the residence saw her and ran out the front door. Officers arrived on scene and saw a Hispanic male later identified as Felipe Alejandro Saucedo-Armendariz, 33 of Oxford, leaving the apartment. When he saw the police a foot pursuit began resulting in Armendariz being caught, arrested and charged with burglary. He was taken to Justice Court where he was given a bond of $5,000. Oxford police say it is unknown at this time if Armendariz is connected to any other burglaries in the area.

University police responded to the following incidents: six vehicle stops, a vehicle wreck at the Ole Miss band hall, and a trespassing at J.D. Williams Library.

Oxford Fire Department responded to the following calls: a cancelled call at 9:24 a.m. at Alpha Omicron Pi house, an alarm system overheat at 7:18 p.m. at 3830 Majestic Oaks Drive, and a burned grease on the stove with a burning in the microwave at 8:37 p.m. at The Connection #831.

All photographs and lists in Oxford Crime Report are provided by law personnel to HottyToddy.com as part of the public record. All persons depicted are innocent of charges until convicted by a court of law.