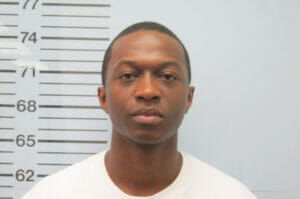 On June 1, 2015, the Oxford police department received a call about a male with a gun in the area of Pegues Road. Officers later found Jamie Milliken, 22 of Oxford, in possession of a weapon. During the investigation, the officers discovered that he was a convicted felon. Milliken was arrested for Possession of a weapon by a felon and his bond was revoked.

Oxford police investigated two wrecks, issued 23 traffic citations and made one arrest on the charges of speeding with no car insurance nor driver’s license.

Oxford Fire Department responded to the following calls: a false alarm at 6:15 a.m. at 1404 Madison Avenue, and burned popcorn set off the alarm at 10:13 a.m. and the fire department was asked by staff at Bryant Hall to reset the alarm.

All photographs and lists on Oxford Crime Report are provided by law personnel to HottyToddy.com as part of the public record. All persons depicted are innocent until convicted by a court of law.