The show is hosted by Jim Dees and Thacker house band, the Yalobushwhackers, led by rockabilly guitarist John Paul Keith. Tickets are $15 and may be purchased at the Mary C. located on 1600 Government Street, or at the Center’s website.

The Ocean Springs performance will not be broadcast live but will be recorded and air on the 10th anniversary of Hurricane Katrina, August 29 at 7 pm on Mississippi Public Broadcasting (WMAH 90.3).

Jesmyn Ward is a native of DeLisle, Mississippi in Harrison County. She won the 2011 National Book Award for her novel Salvage the Bones which dealt with one poverty-stricken family’s efforts to deal with Hurricane Katrina. Her latest book is the memoir, Men We Reaped (Bloomsbury) which chronicles the deaths of five young men, family members and close friends, who all died over a four year period of various causes, from drug overdose to accident to suicide. It was named one of the Best Books of 2013 by The New York Times, NPR and Time magazine. Ward is an Associate Professor of English at Tulane University.

Jesse Robinson has been playing blues and jazz for over four decades. Born in Benton and raised in Mileston, Mississippi, Robinson first picked up the guitar at six, and was soon backing his father at church. He worked in Chicago with Little Milton and from 1981 to 1986 Jesse was the bandleader for blues singer Bobby Rush. In 1987 he started the late night weekend blues tradition at the Subway Lounge in Jackson. His CDs include Blues Child and his latest, Stray Star.

Blues singer Lisa Mills grew up near Pascagoula listening to gospel and soul music. Her first CD, Blues and Ballads, landed her a three-year tour of Europe as a vocalist where she shared the stage with Delbert McClinton, Dr. John, and Junior Wells. She recently wrapped up a summer solo acoustic tour of the U.K. Her newest CD is a re-working of her 2005 release, I’m Changing, this time with Grammy-winning producer, Trina Shoemaker. Mills’s voice has been described as “full-throated Otis Redding with some Muscle Shoals soul and Nashville country.” She lives in Mobile Bay, Alabama.

Cynthia Joyce is the editor of Please Forward: How Blogging Reconnected New Orleans After Katrina (UNO Press). The book is a collection of harrowing blog posts that bears witness to the horrific aftermath of Hurricane Katrina. Joyce has been a writer, editor, and web producer for more than 15 years and has contributed to several regional and national publications, including The Washington Post, Newsday, NPR.org, Entertainment Weekly, and Salon. 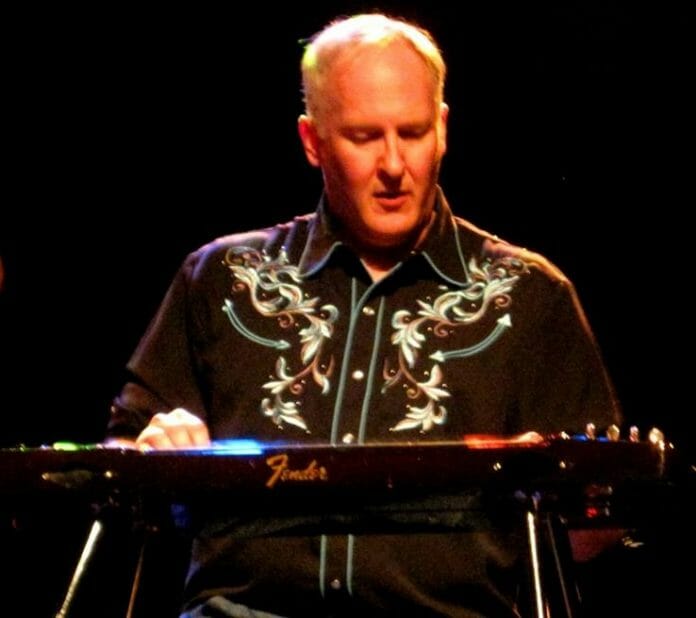 Multi-instrumentalist Eric Lewis grew up in a musical family in East Tennessee hearing country and bluegrass music. After learning guitar he worked in heavy metal bands as a youngster before turning to jazz. After learning lap-steel and pedal steel he turned to country and western swing. Lewis is now a mainstay in the dynamic Memphis music scene playing in various bands featuring rock and roll, blues, country, and swing.

John Paul Keith is a songwriter and guitarist originally from Knoxville but now based in Memphis. His latest CD is Memphis Circa 3AM (Big Legal Mess Records). The CD was produced by the late Roland Janes, longtime house guitarist and engineer for Sun Records.

The Thacker Mountain Radio Hour can be heard every Saturday at 7 pm on Mississippi Public Broadcasting and online. More information on upcoming shows is available at the show’s website. Photos from past shows can be found on the show’s Facebook page and podcasts can be heard on the show’s Soundcloud page.

The show, now in its 17th year, is a past recipient of the Mississippi Governor’s Award for Broadcast Excellence.