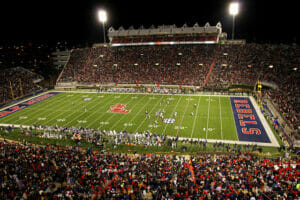 With the addition of Donta Evans to the 2016 class of recruits for the Ole Miss Rebels and coach Hugh Freeze, next season’s class of prospects are currently ranked at No. 5 in the country in recruiting, according to the 247Sports Team Recruiting Rankings.

The Rebels jumped two spots ahead of Penn State and USC. Ole Miss’s last class that brought a No. 8 national class was in 2013 when Robert Nkemdiche, Laremy Tunsil, Laqoun Treadwell and Tony Conner stepped on campus.