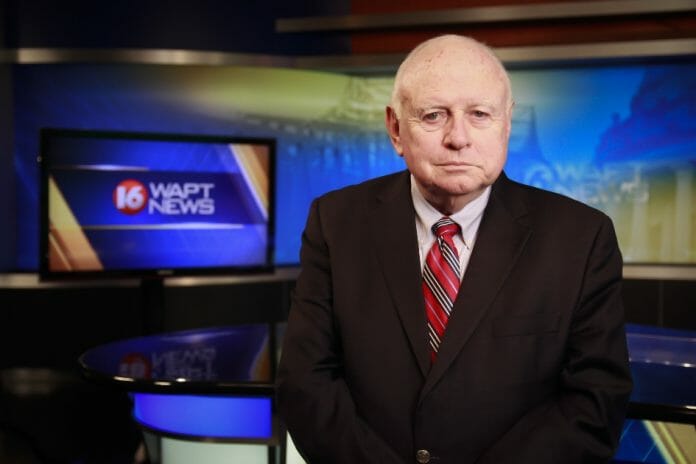 Bert Case is in critical condition at a Jackson hospital, but his wife says he is improving.

He is suffering from sepsis, a life-threatening complication from an infection. His wife, Mary Weiden, says that his blood pressure continues to improve.

He ran a high fever yesterday, but this morning it has returned to normal.

Mary asks for the prayers to continue and cautions the road ahead could be lengthy. In a conversation with our Chief Photographer, Mike Evans, she said that they celebrate their 32nd wedding anniversary on Sunday and that she’s “cool with jello at his bedside” rather than Table 100.

Bert covered every major news story in Mississippi since 1965 either as a reporter, anchor, or news director.

He also worked at every television station in the Jackson market. He was at WLBT from 1974 to 2014.

He began broadcasting in radio in 1957 at Ole Miss. Bert also worked in Oxford, Mississippi; Memphis, Tennessee; and Washington, D.C. in radio from 1957-1965.

From 1962-1965, Bert was a U.S. Air Force Information Officer at Andrews Air Force Base in Maryland.

He became news director and anchor at WJTV in Jackson in 1965 and remained there until 1970.

Bert moved to WLBT in 1974, where he worked as the news director.

From 1986, he continued to anchor and report for WLBT until a short-lived retirement in 2014.

Our thoughts, at this time, are with Bert’s friends and family.