Blood & Battle: Keys to the Game on Ole Miss vs Alabama 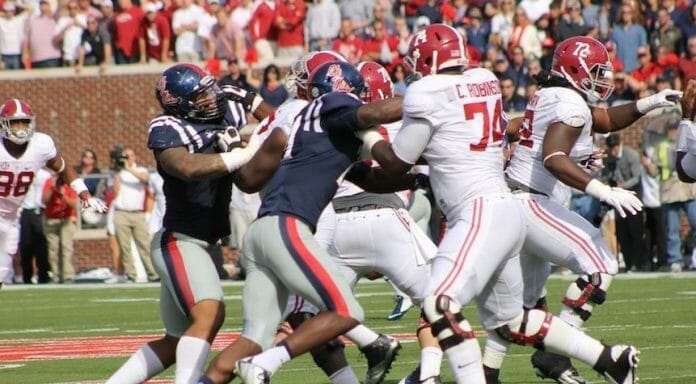 George S. Patton once said “Battle is the most magnificent competition in which a human being can indulge. It brings out all that is best; it removes all that is base. All men are afraid in battle. The coward is the one who lets his fear overcome his sense of duty. Duty is the essence of manhood.”

Well this is not how I expected to spend my Game Day working from my hospital bed instead of in the press box in Tuscaloosa but sometimes life throws you a curveball and you just have to go with it. I am just glad to have a wonderful surgical and nursing team that worked hard to get me back to where I needed to be today. It hasn’t been easy but I wasn’t going to let this stop me from writing at least one of my columns for y’all this week.

So about four hours away from kick off and I can feel the adrenaline rushing just as if I was on the sidelines awaiting to see another moment that will standout in history. Last year our Rebels took their 15 minutes doing the unthinkable and taking the blood of the battle out of Bama in Oxford for a win. But will the Rebels be able to extend their 15 minutes of fame in Tuscaloosa this evening? It won’t be easy in a game where more than a win is up for grabs instead there is redemption, integrity and blood that one team is seeking.

In reality this is battle that will make one team prevail and one team be forced to feel a wrath that will undoubtedly change the course of their mental and physical prowess as they continue deeper into their conference schedule.

This is not about rankings with No. 2 Bama facing No. 15 Ole Miss rather because each team is capable of putting up a game of numbers but this game for the Tide and the Rebels will not be an easy win like it has been the past 2 weeks it will not be a free ride instead we are going to see a battle that will get down to nitty-gritty of a player’s ability to go all four quarters and be amidst the intensity and still allow themselves to come out again and again to do their assignment whether of defense or on offense. It’s anyone’s game today does one team look better on paper of course they do but history as we know it changes when it is meant to be a disturbance in the force which we will see tonight.

So what’s it going to take for Rebels to show they are more than just a 15 minutes of fame kind of team.

Plain and simple it’s going to come down to the Run Game on both sides of the Rebel Ball.

For the offense we are going to have to control the ball on offense early and take charge of our time of possession with what I like to call low and slow concept. Chad Kelly has proved that he is willing to lead his team to victory by taking his time to control the ball and keep it close as we move down the line to make the TDs. It’s great to do those Hail Marys or passing throws we remember but sometimes it’s good to just keep that ball in a Rebel’s hands and slowly take it down the field killing time on the clock and wearing our opponent down. Not a tough concept if we can control that then we can control our fate somewhat through each quarter. Wear them down by making that Bama D work longer and slower. Yes we need to change it up with that fast pace offense and allow Ryan and DeVante to mix it up but we if we can execute that run game we will do something magical I know it.

Now we are going to see two of the best Defenses in the country tonight that have led these two teams to a different level not to mention have got them out of binds. Tonight the Rebel D is going to have to stop Bama’s run game if they have a chance to make it past the first half undamaged and we are going to have to make the Tide offense uncomfortable to the point where even they are second guessing what they need to do to make it thru the game.

Tonight it’s not about being fancy, it’s about playing hard nosed old school football where your team your brothers are playing with the spirit of those that have worn that jersey before them. They are playing to keep the legacy alive while creating a new chapter in history where the Ole Miss Rebels can overthrow the best once again proving that it’s anybody’s game if you want it enough you can make it happen. 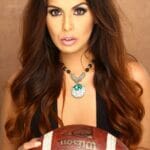