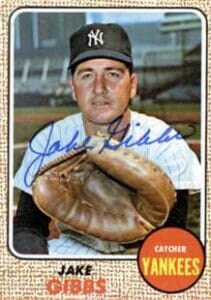 In honor of his incredible legacy and contributions to Ole Miss Athletics, Rebel great Jake Gibbs’ name will be permanently attached to the new Letterwinner Walk that will be unveiled next fall.

Gibbs, originally from Grenada, Mississippi, led Ole Miss to a pair of national titles as the Rebels’ quarterback from 1958-60, enjoyed a professional baseball career as a member of the New York Yankees and served as head coach of the Ole Miss baseball team for 19 years.

Gibbs led the Southeastern Conference in passing and total offense in 1959 and went on to earn first team All-America and All-SEC honors in 1960. In that year, he finished third in the Heisman Trophy race and was voted SEC Player of the Year. Gibbs was selected Most Outstanding Player of the 1961 Sugar Bowl.

In 1972, Gibbs coached Ole Miss to the SEC Championship and to a College World Series appearance in Omaha. He was also named SEC Coach of the Year. His 485 wins rank second all-time at Ole Miss.

The new “Jake Gibbs Letterwinner Walk” will honor every Ole Miss athlete who ever earned a letter competing for Ole Miss and will also be part of the Walk of Champions, which will connect to the new entrance to Vaught-Hemingway Stadium’s north end zone. The Letterwinner Walk and plaza associated with it will be unveiled in October 2016.

“Ole Miss Athletics and the M-Club have been working on the idea for a Letterwinner Walk for a while, and there is not a better person whose name could be associated with this initiative than Jake Gibbs,” said Ole Miss Athletics Foundation executive director Keith Carter, a former Ole Miss All-American himself. “It’s a perfect match.” 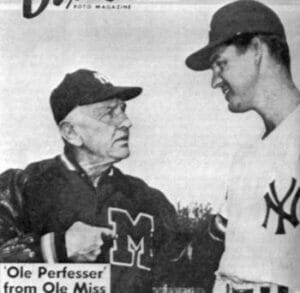 Ole Miss seeks to honor Gibbs by raising $1 million in contributions that will help fund the Forward Together Rebels campaign.

To make a gift in honor of Gibbs, give online at http://ignite.olemiss.edu/jakegibbs or make a check payable to the Ole Miss Athletics Foundation with Jake Gibbs in the memo line. If sending a check, please mail to PO Box 1519 / Oxford, MS 38655.