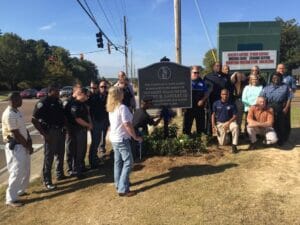 Robert M. Langley is remembered today, after the 2006 incident that ended his life.

Langley’s badge number is B-5, which is on several Oxford Police Department cars as a reminder of his honor and service.

Langley is survived by his wife, two sons and two stepdaughters. He was a member of the National Guard and a veteran. 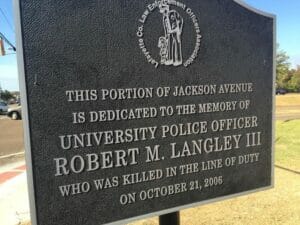 Langley was dragged 200 yards to his death when a university student he had stopped during a traffic violation sped off. The student was charged with capital murder of a police officer and sentenced to twenty years. 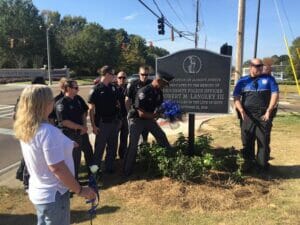