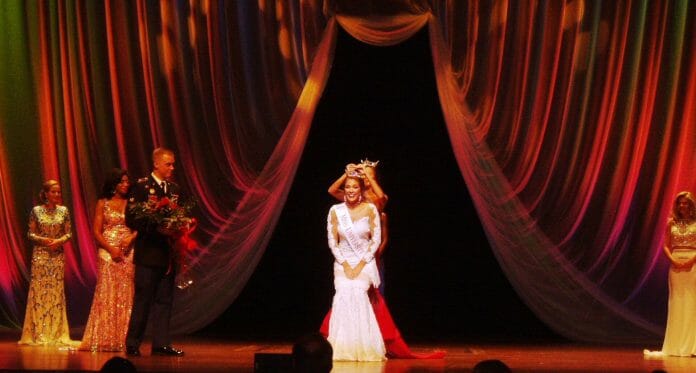 Carol is a sophomore at Ole Miss and a member of Alpha Omicron Pi. Carol tied for the first place in the talent competition performing the hit song “I Surrender.” Her rendition rocked the Ford Center and provided the winning edge over her six competitors.

Carol will be competing in the Miss Mississippi Pageant in Vicksburg June 22-25. This will be her third time in the state’s competition.

Carol visited briefly with HottyToddy.com after being crowned. She said, “There are not words to describe my excitement. I’m trying to take it all in. This will be a year to come!”

Taylor Cos was the first runner-up. Taylor is from Hoover, Alabama and is Carol’s sorority sister. Second runner-up was Kelly Savage from Ponte Vedra, Florida. Other contestants were Mary Randall Ivy, Abigail Wilbanks, Leah Gibson and Anessa Guess.