At the University of Mississippi, athletics has become a main source of income that brought in over $96 million this past fiscal year and is a major source of income for the Oxford community.

Many gas stations, restaurants, and liquor stores increase in total revenue thanks to the overwhelming popularity of Ole Miss athletics – in particular football, basketball and baseball.

Buck Walden, who has owned the Rib Cage [located on the Square] for the past 13 years, said Ole Miss athletics is a key component of his business. 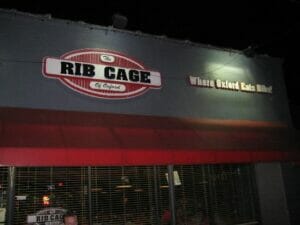 “This past year, we emptied out of everything on most Saturdays by 5 p.m. [In football], the biggest weekend we’ve had before last year was the Georgia game, and now Texas A&M and Alabama are our biggest draws.”

When it comes to Ole Miss athletics and Oxford, Walden owes many thanks to the people for keeping his restaurant in business.

“If it wasn’t for Ole Miss athletics and Ole Miss in general, this would be Blue Mountain, Mississippi.”

Gas stations in Oxford also get the love from people who come into town for athletic events. Steve Romano, director of marketing and merchandising for Craddock Oil Company, said Ole Miss athletics has become a stronger market for the company overall. 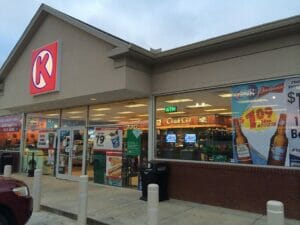 Craddock’s gas station, located on Highway 6 next to Cannon Motors, is also a local hotspot for Ole Miss and Rebel Nation gear.

“I think that it is significant that it is the only location to buy the magazine, wristbands, stickers and decals that we have,” Romano said. “Oxford’s overall presence has affected the company [Craddock] as a whole.”

While gas stations and restaurants have their fair share of income, liquor store sales are also boosted by games. Jeanne Zinn, owner of Star Package Company at 308 East Jackson Avenue, knows Ole Miss fans will filter into Oxford just as well as SEC fans will.

“It costs a lot of money to come to Oxford for the weekend,” Zinn said. “A lot of the SEC fans follow their teams – Arkansas, LSU and Alabama fans show up. It wears you out.”

Zinn, who was a student at Ole Miss from 1968 to 1972, thinks that the vast increase in students helps out with athletics and future sales. 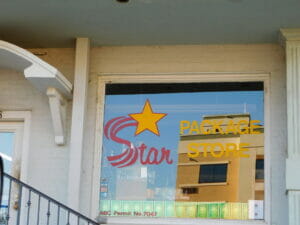 “When I graduated from Ole Miss, there were around 5,000 students. Now, they are getting 5,000 freshman every year,” Zinn said. “It is amazing to see so much growth for the university and the area.”

However, when it comes to Oxford’s economy, Zinn makes sure to thank Ole Miss athletics for her strong business.

“[Athletics] all help, and being a college town helps,“ Zinn said. “Anything that is going to bring 60,000 people into town is going to help us.”

For more information about Ole Miss athletics, visit the Ole Miss Sports website at http://www.olemisssports.com, or call the office at (662) 915-7159.

Story by James Lott as seen on Oxford Stories