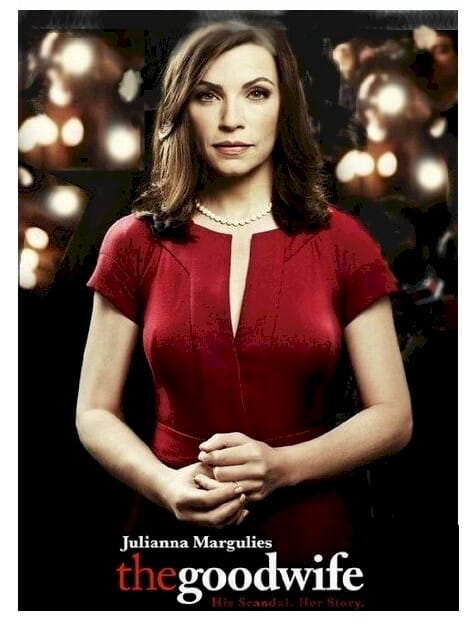 Granted, with the exile of sly investigator Kalinda with the mysterious past, portrayed by Archie Panjabi following an alleged feud between she and Emmy/Golden Globe winner Julianna Margulies, who plays Alicia Florick, we had a right to expect things to be different on Michelle and Robert King’s series, co-produced by them and, among others, Ridley Scott, The Good Wife (CBS).

The feud, denied by both, got so heated that Margulies, a producer of the series, refused to appear in scenes with Panjabi for two seasons [their Season Six farewell was a split-screen shoot]. Would there be less fireworks and sexual intrigue? It appears not.

Martindale knows how to stir the pot, whip things up [remember her mean-as-hell savvy backwoods moonshining mama on Justified?]. So there should be fun, intrigue, and backbiting ahead.

Some of the courtroom drama that sparked Season One is back. Along with some favored guest stars: the barely recognizable Tony and Drama Desk winner Stockard Channing, of last season’s Broadway revival of Tony/Drama Desk winner and Pulitzer Prize nominee Terrence McNally’s laugh riot It’s Only a Play, in her recurring role as Alicia’s unpredictable mother. There’s never enough Channing to go around, so let’s hope she’ll be on more often.

This season, Alicia’s meddlesome mother-in-law Jackie (Mary Beth Piel, Tony nominee for her Anna opposite Yul Brynner in the 1984 King and I, also memorable as Guido’s mother in the 2003 Antonio Banderas Nine and Solange LaFitt in the 2011 Follies), who’s always had an agenda of her own, will be back and finding herself in a most unpredictable circumstance: being courted by firm partner Howard Lyman (veteran theater, film, and TV’s Jerry Adler), who’s finally being given something to do other than flash.

Alicia hasn’t had a hot time in the old town since making the heat index rise to double digits with former lover and law partner Will Gardner (Josh Charles). Last season’s sexual tension with Finn (Matthew Goode) sadly, cooled just as it was heating up. Her flirt-a-thon with campaign manager (Steven Pasquale) in her failed bid to become state’s attorney was only a blip on the radar screen. Now, Jeffrey Dean Morgan, who raised the heat index a few seasons back on Grey’s Anatomy, is stepping in as an investigator and could be the culprit responsible for a change in Alicia’s description as the good wife.

And good old Michael J. Fox as hell-bent attorney Louis Canning is back. Now, if only the irrepressible Carrie Preston as quirky and slyly devious attorney Elsbeth Tascioni and Nathan Lane’s attorney-to-the-rescue Clarke Hayden would return, all would be good in TV land.

The series is set in Chicago, but shot in New York. So, like the Law and Order franchise, and Ugly Betty, it’s been a boon for a huge roster of Broadway top-draw names in guest roles.