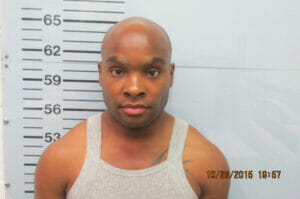 On Friday, October 30, the Oxford police investigators charged Nathaniel Huddleston, 27 of Fulton, with Capital Murder (97-3-19 [2]). The investigators found evidence that he murdered Kenneth Roberson and stole his Jeep Cherokee. Huddleston’s bond was denied. 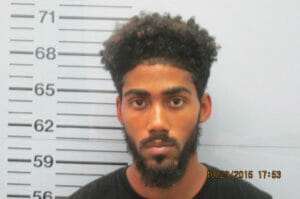 On Thursday, October 29, Oxford police officers arrested Orlando Ezell, 23 of Auburn, Alabama. Police officers took a report of an auto burglary at the Brittany Store. They were able to use video surveillance to identify the car that the suspect got in. Officers then found the car and interviewed Ezell. After an interview with him, they located the stolen item and returned it to the owner. Ezell was arrested and his bond was set at $2,500.

Oxford police investigated 20 wrecks, issued 48 traffic citations and made 14 arrests on the following charges:
(5) Public intoxication
DUI
Warrant served
Careless driving and DUI
Domestic violence and failure to comply
Domestic violence and public intoxication
Public intoxication and abuse of 911 system
Leaving the scene of an accident, failure to comply and DUI
Careless driving, no driver’s license, no insurance and DUI
Leaving the scene of an accident, no driver’s license and no insurance

University police responded to the following incidents:
Friday, October 30
Six vehicle stops
Speeding with a fake ID on Rebel Drive
Harassment by falsely using the 911 line at Delta Psi fraternity
Driving the wrong way on an one-way street with a possession of alcohol by minor on Dormitory Row West
Saturday, October 31
Disturbance at Burns Hall
Disturbance at the Depot
Disturbance at Farley Hall
A vehicle stop on Fraternity Row
Alcohol possession by minor at Crosby Hall
Public drunk with a fake ID at Robert Khayat Law School
Sunday, November 1
Nine vehicle stops
Driving the wrong way on an one-way street, possession of drug paraphernalia, a fake ID, and a DUI