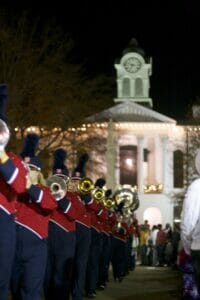 The City of Oxford annual Christmas parade is Dec. 7, and the theme is “Merry Christmas, Y’all!”

“We want people to attend and to have fun,” Drew Windham, member of the Lion’s Club, said. “It’s the holidays!” 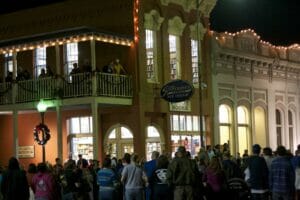 Each year, the Oxford Lions Club produces the city’s Christmas parade, which also includes judging the floats. The top five floats will be given a trophy and recognition the next day. There are several characteristics in particular that the judges look at when they judge the float.

“Grandeur. We love big floats,” Windham said. “Adherence to theme, too. We want to see people target that in their float decoration.”

The number of participants is also a factor the judges look at when judging the Christmas parade floats. Each float is required to have walkers, people who walk along side the float to guide the float driver. The Lion’s Club also suggest that if you enter a float, make sure the name of the float is clear and visible for everyone to see. 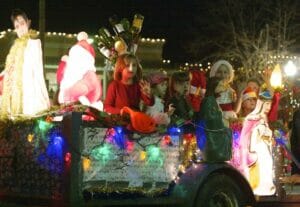 “We have float entry forms, but they aren’t required,” Windham said.

The float entry deadline is Dec. 7 at noon. Anyone interested in entering a float into the parade should go to The Chamber of Commerce to get a entry form, but the forms are not required. The forms are suggested to help everything run smoothly. Line up for the floats will begin at 5:30 p.m. at the Mid-Town Shopping Center.

There are public and private parking lots near the square and the rest of the parade route. Please keep in mind that some businesses have parking for only their customers. The Lion’s Club suggests that if you are a parade participant or simply attending the parade, to arrive early in order to find parking in a public parking lot.

Join the City of Oxford and its community next Monday for the celebration of Christmas. In addition to all the lights, floats and decorations, Santa Claus is coming to town! Dress warm and have fun!

Emily Newton is a staff writer for hottytoddy.com and the editor of Experience Oxford magazine. She is a recent graduate of the University of Mississippi Meek School of Journalism and New Media. Emily can be reached at emily.newton@hottytoddy.com.