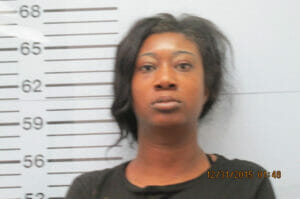 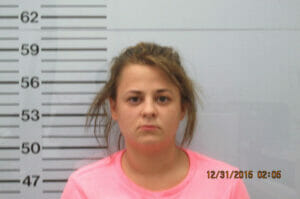 On December 30, 2015, the Oxford police department’s Investigations Division, the Lafayette County Metro Narcotics Unit and the Federal Bureau of Investigations worked together on a Prostitution / Sex Trafficking Operation. They made two arrests for Promoting Prostitution and identified a possible victim of sex trafficking. Christy Fields (21 of Memphis, Tennessee) and Kristina Murphy (24 of Memphis, Tennessee) were arrested for Promoting Prostitution.

These two individuals are identified from a previous investigation where an (undisclosed) hotel staff reported suspicious activity and possible prostitution within the hotel rooms. The officers initially arrested for narcotics possession and returned a missing person to her family in Memphis. Officers believed these individuals were prostituting out of the hotel rooms but they were unable to prove so at that point.

Then during the week of December 30, these same individuals posted ads on the internet where the officers then set up an operation to confirm that these individuals were working as prostitutes.

For their Initial Appearance in the court, Fields and Murphy were taken before Judge McLarty. Fields’ bond was set at $10,000, but Murphy’s bond was revoked due to her being out on another felony bond in Lafayette County.

University police responded to the following incidents: three vehicle stops, a speeding with possession of drug paraphernalia on Intramural Field Road, an accidental hit and run at the Airport at Ole Miss, and a vehicle accident on Sorority Row.

Oxford Fire Department responded to the following calls:
Thermostat relay shorted out at 3:30 a.m. at Lafayette Place
Alarm system test at 7:25 a.m. at the University Parking Garage
Smoke detector malfunction at 7:34 p.m. at Natural Products on university campus
Alarm at 9:34 p.m. due to a child pushing the panic button at the Texaco on University Avenue