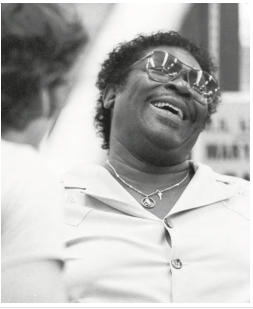 Celebrated Mississippian and blues legend B.B. King died in his sleep on May 14. The winner of 15 Grammys and a Presidential Medal of Freedom passed away peacefully at 89 after a half-century career of moving audiences with his music and live performances. But the thrill isn’t gone; it can be rediscovered in the Blues Archive at the University of Mississippi.

Between 1982 and 1983, King donated almost 10,000 sound recordings from his personal collection to UM’s Blues Archive, one of the world’s largest public collections of blues recordings, publications and memorabilia. Established in 1985, the archive, which is now a unit in the Department of Archives & Special Collections, is located on the third floor of the J.D. Williams Library. It features more than 70,000 sound recordings, 40,000 photographs and 1,000 videos. This noncirculating collection serves not only UM students and faculty but also researchers worldwide.

Brett Bonner, editorial director at Living Blues magazine, worked for a short time at the Blues Archive and has seen his fair share of King’s monstrous collection.

“You can tell a lot about a man by his record collection,” Bonner said. “While working on the radio show ‘Highway 61’ with Bill Ferris (first director of Southern studies and the Blues Archive), I was able to look and pull from B.B.’s collection. It featured thousands of LPs. I felt I learned more about him looking through his collection; I could figure out what kind of music excited and influenced him.”

King was regarded as a kind and gracious man, always treating people the right way, and he was also an avid learner. It is fitting that UM is able to house and chronicle his unique collection since it features not only recordings of other musicians but also books, manuscripts and materials signifying how King never stopped learning.

“He always tried to better himself,” said Greg Johnson, blues curator at the J.D. Williams Library and associate professor. “In his collection, I found foreign language books that he would study to learn common phrases in order to speak to audiences when he would tour around the world.”

“I found a pilot book because B.B. was a trained pilot,” Bonner added. “And you wouldn’t believe it, but I also found a copy of a book detailing how to play the guitar!”

King made it a point to return to Mississippi. In 2004, the university gave him the title of Honorary Professor of Southern Studies, one of many distinguished titles he had received from numerous universities. Johnson interviewed King for the ceremony.

“It is a testament to the various universities honoring him with degrees and doctorates,” Johnson said. “When I got to publicly interview him, he was such a gracious and kind man, very down to earth.”

“B.B. would always come back to give concerts,” Bonner said. “Whether it was his homecoming concert in Indianola or the Medgar Evers Memorial Blues Concert, B.B. felt it was really important for him to be there.”

King performed and recorded decades of musical hits such as his signature “The Thrill Is Gone.” Among his honors, he was inducted into the Rock and Roll Hall of Fame in 1987, given a star on the Hollywood Walk of Fame in 1991, and is in the Songwriters Hall of Fame. In 2008, his hometown of Indianola opened the $14 million B.B. King Museum and Delta Interpretive Center.

King influenced millions of people with his music. Musical genres, such as rock ’n’ roll, R&B, gospel and jazz, can thank the work of King and his beloved Gibson guitar, Lucille.

“The number of people he influenced and the reach of his music is unbelievable,” Johnson said. “Blues is the biggest cultural export of the state, and B.B. truly was an ambassador. He wasn’t one just for the blues or Mississippi but for the entire United States.”

For more on B.B. King, read Johnson’s blog at http://www.libraries.olemiss.edu/blogs/blues/im-not-retiring-until-he-retires-me-thoughts-b-b-kings-passing.

Courtesy of Nathan Weber and the Ole Miss News Desk