Mitchell: The Issue Is Whether Charter Schools Can Do It Better

The premise of an offer to operate a charter school is, “Hey, we can do it better than you.”

In last week’s State of the State speech, Gov. Phil Bryant repeated a call he also included when being inaugurated for his second term. He invited parents to “imagine a Mississippi where schools competed for students.”

Indeed, a baseline for all things Republican and conservative, which Bryant certainly is, is that competition is the holy grail. It makes all things better.
That may not be far from true.

A problem, though, is that when it comes to a market-based approach to education, the experience across America during the era of charters and vouchers and choice has been mixed, at best.

The image of a charter school is a group of dedicated parents banding together. They are determined to have nothing but the best K-12 experience for their children, so they become a board of directors. Infused with public money, they hire high-energy teachers to work in state-of-the-art classrooms. Friendly, open, sunshine and rainbows. Clean and pristine. Little Bobby and Little Sue master calculus in the fourth grade and love doing so. Little Mary writes a book of poetry while in the eighth.

An alternate image — and perhaps more prevalent — is Education Inc. taking the reins.

As with so many other government functions that have been handed over to the private sector, Education Inc. is willing to do the job, but its priority is the bucks.

It’s the same conflict seen in many settings. Watch a medical show on TV. The tension point will be a doctor who wants to do what’s best for a patient faced off with an administrator protecting the bottom line. (The script usually allows the altruistic doctor to win, but we’re talking TV world, not real world.)

Walk the halls of Mississippi’s Capitol and you won’t see a lot of hyper-vigilant parent types begging to take over their failing local schools. Education Inc., however, is well-represented.

If K-12 public schools are not — in the public’s view — fulfilling their mission in top form, what should be done to effect improvement?

There is no short answer, but a lot of people have given it a lot of thought.

An initial, and important, consideration is the mindset of students and their parents. Those who have no interest and see no value in learning are like the proverbial horse being led to water.
There is a fix for that, but it involves more of the jobs and opportunity creation that Gov. Bryant keeps stressing. Can’t stop people if they see a diploma as a means to a desired result.

Can’t blame folks for surrendering to a subsistence lifestyle if they see no evidence of alternatives.

Another important consideration is, well, geography. Mississippi has sparse population and schools are sparse in some areas. What good does it do to have the option to attend a five-star school when the nearest one is an hour or more away? It’s just not practicable.

Yet another question is what would happen to failing schools if large numbers of their students opted out. Would those schools rally, respond, get better? Or would they continue to wallow, serving the remaining students with even less effectiveness?

Well, there’s a study to prove just about anything anybody wants to say about charter schools.

Here’s something else: Some charter schools flop. They are miserable failures. And the state has to take them over, just as it does some public schools today.

Everybody — including legislators — would like to believe there is a one-size-fits-all instant cure for underachieving students in underperforming schools.

Injecting market forces could be a smart thing to do, but woe upon anyone who thinks that giving up on public schools and turning everything over to corporate contractors makes all the problems go away.

Note: The topic of a January column was unfunded funeral trusts. Good news. The Secretary of State’s Office announced last week that one-third of $1 million has been provided by heirs of a Grenada-based funeral business. It’s enough to cover costs for all those who had purchased trusts, but for whom actual money was not available. 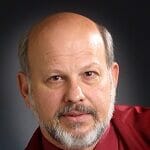