More than 40 speakers and over 100 magazine and magazine media movers and shakers from all around the globe will descend upon the campus of the University of Mississippi to engage with each other and the magazine students at the Meek School of Journalism and New Media between April 20, and April 22, 2016. This is the sixth annual ACT (Amplify, Clarify & Testify) Experience, themed this year: Celebrate Magazines Celebrate Print. 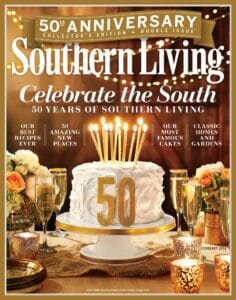 The ACT Experience began in the fall of 2010 and was the brainchild of Dr. Samir “Mr. Magazine™” Husni, founder and director of the Magazine Innovation Center (MIC) at the Meek School of Journalism and New Media at Ole Miss. After stepping down as Department Chair, Husni wanted to promote and support print on a larger scale, one that could make an impact on magazines, magazine media and the entire industry. That was the primary reason that he founded MIC, and also to introduce students to the importance of magazine making in the world of journalism. The ACT Experience was born from those two strong desires.

“When I founded the Magazine Innovation Center at the University of Mississippi, people thought I had lost my mind because the tagline of the Center is Amplifying the Future of Print in a Digital Age,” Husni said. “Six years later, all the naysayers have joined me in recognizing, just as the Columbia Journalism Review said last December: Print is the new “new” media.” 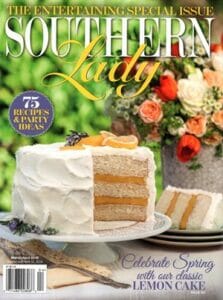 Since its inception, Husni brings preeminent leaders: CEOs, editors, publishers and presidents from some of the top magazine media companies in the world; along with experts in printing, distribution, advertising, marketing and public relations; all under one roof for a think-and-do experience that is much more than just a conference. But more than bringing all of that know-how and creativity together to come up with solutions to some of today’s industry problems; Husni’s other objective is to bring students up-close-and-personal with these distinguished industry leaders and have them soak up knowledge from the one-on-one interaction that takes place, all the while networking and making professional contacts that could mean so much to their futures.

Bob Sacks, a veteran of the printing and publishing industry since 1970, and owner of the private consulting firm, Precision Media Group, had this to say about one of his own ACT Experiences: 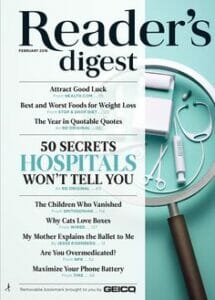 “You would think that a guy who goes to a dozen publishing conferences a year and is also the writer/publisher of a daily newsletter on the subject of media (Heard on the Web: Media Intelligence), would find it easy to explain why the annual ACT magazine events at the University of Mississippi are so compelling. My problem is that it is hard to exactly define magic, and this special event is filled with magic and marvel.”

“I feel like I’m at an AA meeting: I’m Rebecca and I believe in print.”

And that is the overall consensus when these amazing industry game changers get together; a belief in print and in media, in general, is a prevalent part of the ACT Experience.

Over the last six years, The ACT Experience has become THE event to attend if you’re a part of or interested in magazines and magazine media, from the content to the paper to the printing; every aspect of magazines are represented and talked about.

John Harrington, editor and founder of The New Single Copy, had this to say in an article he wrote after his ACT experience:

“It is clear that the ACT Experience is becoming one of the most important events on the magazine industry’s calendar.”

Not to leave digital out as it is an important compatriot of print; Husni has brought new meaning to the phrase, “It’s not print or digital; it’s both.” As the world today rediscovers something Husni has believed in and said all along, that print isn’t dead, nor will it ever be as long as there are human beings and trees around; the ACT Experience reinforces that fact.

Tony Silber, Vice President, Folio, wrote after attending one of the ACT Experiences:

“The Act Experience offered a mosaic of opinion and perspective, when combined into a whole, provided a good look at where the industry is now and where it needs to go.” 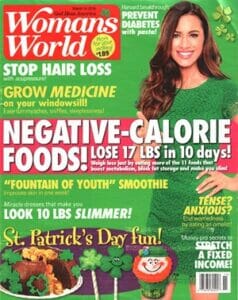 “And even more important, the students at the University of Mississippi were full participants. Anyone who spent a few days with the young journalists at that conference couldn’t help coming away with a new confidence about the future of the profession. These people are bright, energetic, savvy and ready to take the reins.”

And this year’s ACT 6 Experience is gearing up to be the best yet. There is a plethora of media luminaries attending, speaking and participating. From CEOs like Hubert Boehle, Bauer Magazines, to editors in chief, such as Liz Vaccariello, Reader’s Digest, and those are just to name two.

All lectures on Thursday and Friday are free and open to the public. However, the opening event and dinner on Wednesday evening, April 20, are available for purchase at $50 per person.

The event will be held at the Gertrude C. Ford Ballroom at The Inn at Ole Miss. Seating is limited to the first 100 people who purchase tickets. Ticket price is $50 per person and all proceeds from the event will go to the Magazine Innovation Center at The Meek School of Journalism and New Media.

To reserve your tickets send a check for $50 per person, payable and mailed to:

For more information on the ACT 6 Experience or to register for the event, visit: http://maginnovation.org

For comments or questions, Angela Rogalski can be reached at abbeangela@gmail.com.