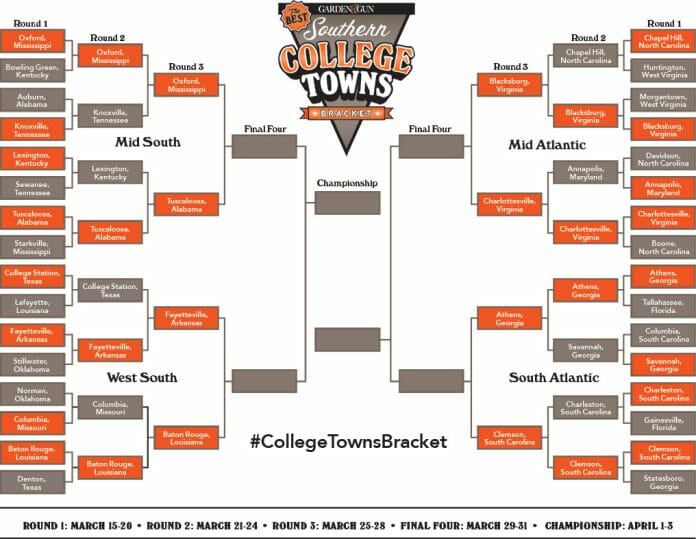 We can vote once a day to help Oxford get ahead of the home of the Crimson Tide. Let’s make it ‘just like football!’

If Oxford advances to the Final Four, it may face either Fayetteville, Arkansas or Baton Rouge, Louisiana.

The link to vote is here: http://gardenandgun.com/article/best-southern-college-towns-bracket

Callie Daniels Bryant is the senior managing editor at HottyToddy.com. She can be reached at callie.daniels@hottytoddynews.com.